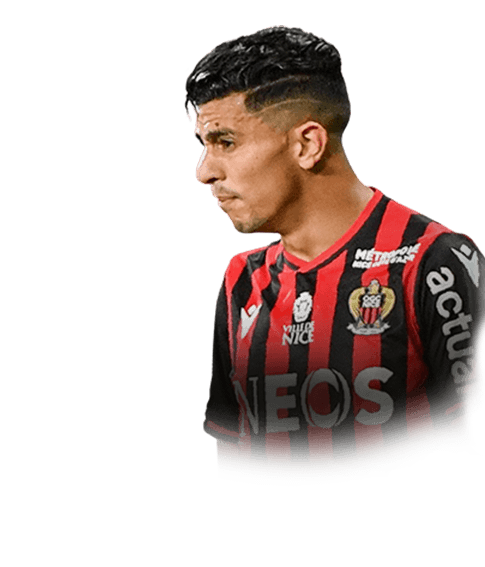 -
Sub out
Upcoming Matches
P. Chemistry
Squad chemistry
ST
79
RW
82
LW
82
CF
81
RF
81
LF
81
CAM
81
CM
79
RM
83
LM
83
CDM
78
CB
76
LB
80
LWB
81
RB
80
RWB
81
Reset
Basic
Sniper
Finisher
Deadeye
Marksman
Hawk
Artist
Architect
Powerhouse
Maestro
Engine
Sentinel
Guardian
Gladiator
Backbone
Anchor
Hunter
Catalyst
Shadow
Comments
Reviews
0
/600
Update my avatar Dos and don'ts
Top Rated
New
Controversial
Show comments
Top Reviews
Only logged in users can submit a review
A review must be written in English
At least 200 characters are required.
Compare this player to other similar players you have used(optional).
If you import your club to FUTBIN or send us an image with the player data(fill the form below) your review will be marked as verified.
Include what you liked about the player in the pros area and what you disliked about the player in the cons area.
Your review will be manually checked during the next 24 hours.
Chem Style Used
Formations
Position
Rate Player Base Stats (1-10)
Pace
5
Shooting
5
Passing
5
Dribbling
5
Defending
5
Physicality
5
Most Used In:
Submit Review

4.5
Youcef with this one, trust me
7 users liked this review

I`ve played 16 games with this bad boy and I could tell you that at the moment this card is more than lethal in-game. It happened so that I had enough french players in my starter squad and enough coins to buy somebody who is good enough to do the difference. I started using him as a middle CAM in a 4-2-3-1 formation ever since I got him and he banged 14 goals and 22 assists for me. Once he gets going with the ball he is extremely difficult to stop and with Maestro applied to him it was really easy to get by defenders who were out of position. The 5-star weak foot is amazing and will do wonders when you try to do regular to surprising stuff, considering that this card is rated 81 after all. Most of the scored goals were through balls to Cavani who managed to hold the ball up long enough for Atal to get into a position to finish it. I am using him to take corners as well and he managed to get some assists to Cavani. Since we are at the beginning and there are not many affordable well-rounded cards this is an absolute gem.

man what a beast. he is so op. the hidden gem of ligue 1.he can play everywhere on the pitch. he is clincal he is strong he defends and he can pass with ease.i try so hard to find something that is bad and i find one. links. afteri tried to test him with 7 chem i didnt realize difference.he is one of theb est players in the game.try him out now. the price sure will rise in wl.

shooting passing dribbling defending pace stamina he has everything u need.