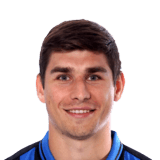 0
Red
Upcoming Matches
P. Chemistry
Squad chemistry
ST
79
RW
79
LW
79
CF
79
RF
79
LF
79
CAM
80
CM
80
RM
80
LM
80
CDM
76
CB
72
LB
72
LWB
74
RB
72
RWB
74
Reset
Basic
Sniper
Finisher
Deadeye
Marksman
Hawk
Artist
Architect
Powerhouse
Maestro
Engine
Sentinel
Guardian
Gladiator
Backbone
Anchor
Hunter
Catalyst
Shadow
Comments
Reviews
0
/600
Update my avatar Dos and don'ts
Top Rated
New
Controversial
Show comments
Top Reviews
Only logged in users can submit a review
A review must be written in English
At least 200 characters are required.
Compare this player to other similar players you have used(optional).
If you import your club to FUTBIN or send us an image with the player data(fill the form below) your review will be marked as verified.
Include what you liked about the player in the pros area and what you disliked about the player in the cons area.
Your review will be manually checked during the next 24 hours.
Chem Style Used
Formations
Position
Rate Player Base Stats (1-10)
Pace
5
Shooting
5
Passing
5
Dribbling
5
Defending
5
Physicality
5
Most Used In:
Submit Review

4.5
this man is the GOAT(Ruslan Malinovskyi)
4 users liked this review

I can't describe how brilliant this man's card is - he seems to be all over the pitch all the time, popping up for goals, assists and making last ditch tackles in defence. In Fifa 20 I have struggled to find a cm that fulfils my attacking needs but this guy is now the lifeline of my team and is a brilliant box to box midfielder. I play him at lcm in a 4-3-3(4) with vidal as the other cm who does do more defensive duties but I would advise to have either an engine or shadow chem style on him, depending on whether you want him to be more defensive or attacking. I found that his most impressive attributes were his passing and shooting - he seemed to be able to pick a pass from anywhere and is insanely dangerous on the edge of the box - along with surprisingly great agility, along with 4* skill 4* wf which is always great. However, the thing which sets this man apart from the others is his free kicks. Before, I struggled to score free kicks as many people have but I tried with malinovskyi and he has by a MILE the best free kicks on the game and I have score at least 10-15 free kicks in about 50 games - he is deadly from anywhere.

Pace/agility - despite his poor/average agility, he seems like he has 80 agility and can breeze past other midfielders, especially with a chem style.

Dribbling - along with 4* skills which is always great he feels brilliant for 81 dribbling and feels like ndombele in his close control.

Passing - oh my word this guy passes like kdb he sprays it all over the pitch from midfield and gets a ton of assists.

Shooting - Not only is he hugely dangerous from long shots but he finishes well as well gets lots of goals.

Free kicks - i would buy him just for the free kicks

Possibly height/jumping, but headers are so broken that it doesn't affect much

Not an outstanding defender but does still get around the pitch into good defensive positions and holds his ground I would advise setting him to a more attacking role anyway.