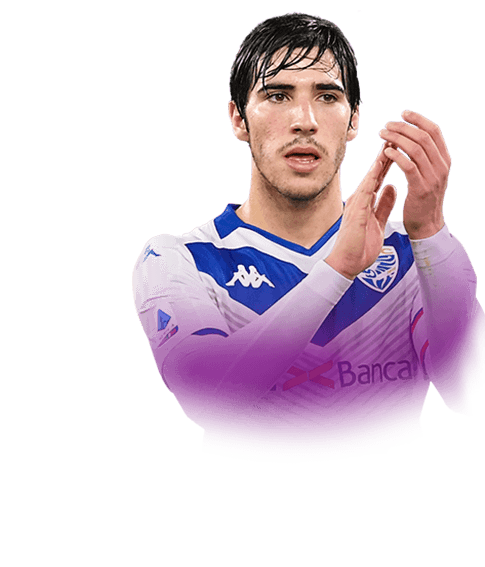 -
Sub out
Upcoming Matches
P. Chemistry
Squad chemistry
ST
84
RW
85
LW
85
CF
85
RF
85
LF
85
CAM
86
CM
87
RM
86
LM
86
CDM
88
CB
87
LB
86
LWB
86
RB
86
RWB
86
Reset
Basic
Sniper
Finisher
Deadeye
Marksman
Hawk
Artist
Architect
Powerhouse
Maestro
Engine
Sentinel
Guardian
Gladiator
Backbone
Anchor
Hunter
Catalyst
Shadow
Comments
Reviews
0
/600
Update my avatar Dos and don'ts
Top Rated
New
Controversial
Show comments
Top Reviews
Only logged in users can submit a review
A review must be written in English
At least 200 characters are required.
Compare this player to other similar players you have used(optional).
If you import your club to FUTBIN or send us an image with the player data(fill the form below) your review will be marked as verified.
Include what you liked about the player in the pros area and what you disliked about the player in the cons area.
Your review will be manually checked during the next 24 hours.
Chem Style Used
Formations
Position
Rate Player Base Stats (1-10)
Pace
5
Shooting
5
Passing
5
Dribbling
5
Defending
5
Physicality
5
Most Used In:
Submit Review

I played Tonali in a 4231 as the cdm that sits back and breaks up play. He has scored 5 goals in 10 apps for me. The squad i use him in is as follows..

My god is he good. I have used the likes of RTTF Kante, baby Vieira & all your other good alternatives and none of them cut the mustard like this guy. Hes so strong which is accompanied by his high aggression which is so vital in this Fifa. he is only 5"11 which in my opinion is perfect height. (I found Kante too small and Vieira too clunky). His shot power is second to none and his acceleration gives you that extra space in midfield. He is honestly that good that i don't pair him with a second defensive midfielder as he clears up everything.

Acceleration - Guys get away after the first touch is lethal

are past the keeper before he has time to react.

Strength and aggression - If this guy doesn't win the ball back first time, he will rip it from them at the second attempt. ultimate powerhouse.

Interceptions - Guy is like dynamo in cdm. Knows where your through balls are going before you pressed that button.

I wouldn't necessarily call these cons but more slight niggles

Agility - can be a bit slow to turn but tbh because of his high acceleration he just comes out of turns like a rocket.

Linkability - this is the main one. He is obviously hard to link unless pairing with an Italian icon you're going to have to have no broken links with this card.

Price - Now i know he will mos likely drop in price but i picked up for 1.1m. I dont think this is bad for a card with these statas but i know it wont be for everyone.