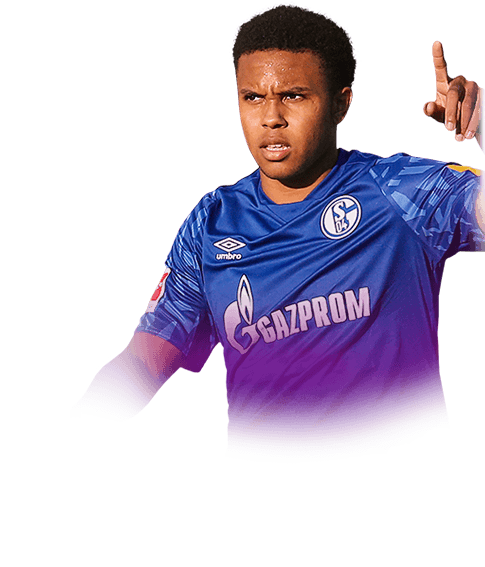 7
Sub out
Upcoming Matches
P. Chemistry
Squad chemistry
ST
85
RW
82
LW
82
CF
85
RF
85
LF
85
CAM
85
CM
86
RM
83
LM
83
CDM
86
CB
87
LB
84
LWB
83
RB
84
RWB
83
Reset
Basic
Sniper
Finisher
Deadeye
Marksman
Hawk
Artist
Architect
Powerhouse
Maestro
Engine
Sentinel
Guardian
Gladiator
Backbone
Anchor
Hunter
Catalyst
Shadow
Comments
Reviews
0
/600
Update my avatar Dos and don'ts
Top Rated
New
Controversial
Show comments
Top Reviews
Only logged in users can submit a review
A review must be written in English
At least 200 characters are required.
Compare this player to other similar players you have used(optional).
If you import your club to FUTBIN or send us an image with the player data(fill the form below) your review will be marked as verified.
Include what you liked about the player in the pros area and what you disliked about the player in the cons area.
Your review will be manually checked during the next 24 hours.
Chem Style Used
Formations
Position
Rate Player Base Stats (1-10)
Pace
5
Shooting
5
Passing
5
Dribbling
5
Defending
5
Physicality
5
Most Used In:
Submit Review

i emptied my club entirely for this guy and it was worth it. he gets a great link to my headliners plea and rousillion. he also is in great positions every game and his low shot is deadly. he turned up in rivals for me when i needed him and is great at jumping.

is hard to hybrid but can work

This is the best CDM i have used in this game so far and I've used. His ability to shut down the middle lane is fire. It forces the opponents to play the wing making defending much easier. He doesn't get bullied and is the lewandowski of tackles ...CLINICAL. To be honest, hes made more of a difference than my headliners Reus who costs 900K more. I'm a massive Dortmund fan and I usually hate using Schalke players... but this card is too shut down. his passing is also amazing for CDM. Perfect long balls and build up play make him a focal point in the beginning of my attacks. Hes also very dangerous to leave in open space outside the box... I've scored a few worldies with him from 30-35 meters out. Overall i highly recccamend doing this card. Dont waste your time on Goretzka.. hes trash comapred to fifa 19 and Delaney isnt as versatile.

Close quarters dribbling in box.... but wont find himself in that situation too much.

i was debating whether to complete this guy but for how cheap it is i now realise it is a bargain! with an engine he is a beast defensive wise and is also great going forward.

this card imo is best used as a box to box cm. i haved played 20 games with this guy already and he is good with his feet, very strong and feels nimble on and off the ball. this sbc is definitely worth completing if you have a bundesliga team. i have prime keane and witsel futmas and he is standout.

shooting(finishing is very good in game everything else no)