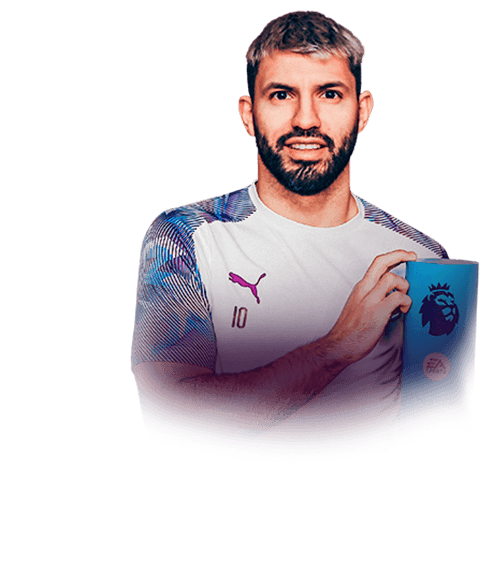 I may be a little biased considering I am a City fan and a huge fan of Aguero as a player, however I truly find this card insane. After playing with his record breaker for 100 games, I have seen a huge difference in this POTM version. With a hunter chem style, his pace feels rapid due to his size and his shooting is deadly in front of goal. His dribbling makes it impossible for defenders to take the ball from him. This card stands out even alongside CR7 and middle Cruyff. Especially reccomend if you have untradables to use and cut down the cost.

From the beginning I want to clarify, that I was scared and really skeptical about doing this POTM SBC. Many of you said, that he is way overpriced and just not worth the money. Specially, that you get untradeable card out of it. I was in the same position, but now, after few tries I don't regret a single coin spent on it. What's more I will base my review on him after using such players as baby R9, Prime Didier Drogba or Mason Greenwood.

First thing first - yes, his Scream card is more expensive and better in terms of Physicality and Pace. Yes, you can sell it if you want to, BUT it won't get upgraded in Winter Refresh. His POTM will be upgraded to 93 OVR, which might bring him closer to Scream or even suprass him in terms value per coin spent.

When Aguero is your guy:

When Aguero is not your guy:

I think you will be happy with his POTM if paired with other nice striker. He is definitely terrible as lone striker in front your team. He needs some support. If you are not used to dribbling or doing any kind of skill moves he might be tricky. Getting behind the defenders will work, but if there is fast defender in the opposite team Aguero might get neutralized. That's why you have to be agily with him.

As an example I will describe the easy goal I scored with him yesterday - I am moving my team towards opponent's penalty area. The bus is parked with Mendy, Varane, VVD and Trent. It will be impossible to get force through with Aguero. The Argentinian Madlad lacks strenght. What I did is lured one of the defenders towards Aguero, made a drag back, then instant berbatov turn (4* skill move) and shoot finesse shot towards further post. Instant goal. It wasn't hard to pull this, because of Aguero's agility.

If you know and learn how to use Aguero - he shines. Simple put he is the best striker I used this year.

In my opinion this Sergio Aguero is the best attacking player I have used on FUT this year because I have made myself a goal to use no fifa points this year which I am still doing, I have used players like POTM Aubameyang, POTM Werner and EOE David Villa just to name a few and he has shown that he is astounding and he is better than all of these players. He makes you feel like there is no goalkeeper in the sticks and that the majority of his shots can not be saved, his dribbling makes the ball seem like it is stuck to his feet and he seems so agile. His finesse shots are extremely powerful especially at the edge of the box. He feels so much faster than 86 pace but that is probably because of the hunter chem style I have put on the card. His positoning is out of this world he is always going to be in the right position for a goal. His SBC is very expensive but I would say that the price is worth it for the player you get.