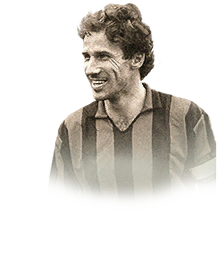 I bought this card because my friend has tried him a lot on fut draft and he said that he is the best cb in the game. I listened to him and bought him because I thought he would make a good paring with flashback boateng because one is massive and one is small. When I was using him I adored him at first because of how quickly he could turn compared to the other cbs. However as I started to play better opponents with better teams, his cracks started to show. He was starting to cost me some games but I kept my faith in him and managed to secure my usual gold 2 rank. After wl I sold him. Overall, I think he can be a fun card to use because of his height and build but I wouldn't recommend him to anyone who is better then gold 3.