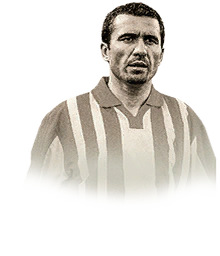 I bought Hagi for £620,000 to play as a lam and I can say with a hunter he feels good on the ball, Quick and he uses his 5* skill moves to perfection. I played all my games on division 5 and he scored alot of goals and assist and since the market crash made him go down by £125,000. So for £500,000 he is definitely worth it. He can play lw & cam. But Hagi main problem is his stamina after 60 mins he runs out of stamina.

Pace (With a hunter)

Always wanted to purchase 92 Hagi since I had amazing experiences with his 85 & 89 versions in FIFA 18, 19 and 20. In the past, he was regarded as the best player I'd ever used, confirming his status as a legend at my FUT Club and I can tell you his 92 did not disappoint. His ability to pick up the ball, beat two men, play a one - two and then smash a 30 yard screamer with his left foot was mind blowing. His control of the ball is like no other and the 5* skills make him impossible to tackle. His Passing is really good, not the best I've experienced, but still amazing non the less and is good enough to consistently make fast one touch passes and hit 30+ yard long balls. His pace is also very good. He isn't Adama Traore speed but he knows how to quickly get into places. This combined with his great positioning inside the box makes him a real problem for defenders. His shooting is also sublime, inside or outside the box, either foot, any angle, shoot with him and it'll nestle in. His left foot is deadly, shown by the 19 goals in 12 games. His right foot is decent from long range but just as clinical as his left inside the box. On the other hand, he is very weak. He has decent balance which can sometimes make up for this, but unless you abuse his skills and dribbling, you'll be bodied off the ball. With only 81 stamina, at CAM, he can sometimes find it hard to see out games, especially if it goes into extra time. Finally, the one negative in all his cards is his work rates. Med/Low at CAM can be annoying. You'll often find him lingering around too deep for too long. Thankfully, his amazing attacking positioning and good pace means he regains his position within a matter of seconds, but sometimes it can be frustrating. So, should you pay around 300,000 for 92 Hagi? Yes, 100%. Where should you play him? CAM seems the best position, however I'm confident he can easily play ST or LAM/RAM. I wouldn't play him LW/RW as I don't feel he's quick enough and LM/RM is a definite no considering his poor work rates. How much do I think he is truly worth? I'd happily pay around the 800-900k mark for him.

Positioning inside the box