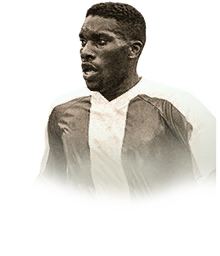 So basically, I was tryna spice up my squad with some 5 star skillers and some fun players since I kinda got bored playing with sweaty ass players. JJ absolutely did not disappoint. His dribbling feels mental his one of the quickest smoothest players I have played with. If you actually want to have fun on the game instead of playing with ya boi kent, cop this man. So underrated! First, I played him at striker in a 41212 narrow and he was very very fun to play with. He scored in almost every game and as soon as I gave him the ball he literally couldn't be stopped. His finishing was not a problem and his weak foot was not bad at all. After that I played him at CAM and wow, passing was great and speed, dribbling, were perfect. However, he did get tired after the 75th minute and has medium low workrates which arent the best.

One of the best dribblers in the game