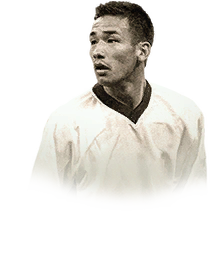 I first heard of Nakata whilst playing Championship Manager 99 - soon after, on a family holiday to Rome in 2000, captivated by his story, I purchased a Nakata Roma shirt. I celebrated like crazy when he joined Bolton FC in the Premiership. Was gutted when he retired young after deciding he didn't really like football, but loved following his career, some of the goals he scored for Roma and Japan in particular - and his career peak - winning the 3 - a - side cage football match on the legendary Nike TV advert.

Anyway - I always end up using him in Fifa, usually this leads to a fair amount of frustration, this year especially I found his finishing to be poor. Until they give him a +2 PIM... a what a difference it has made.

I'll keep things short and to the point here. He feels like a cross between KdB and Messi. I put Sniper on him to boost his Finishing and Dribbling ability and it works a treat and dealt with the Finishing issue I found with his Prime. Giving him 99 composure seems to make him untouchable. I'm using him at CAM (team below) and have also used him as a CM, he is inexplicably decent in this role, given his stats / size.

TLDR; Random childhood hero finally has his most playable Fifa card. Nakata is finally more than just a meme.