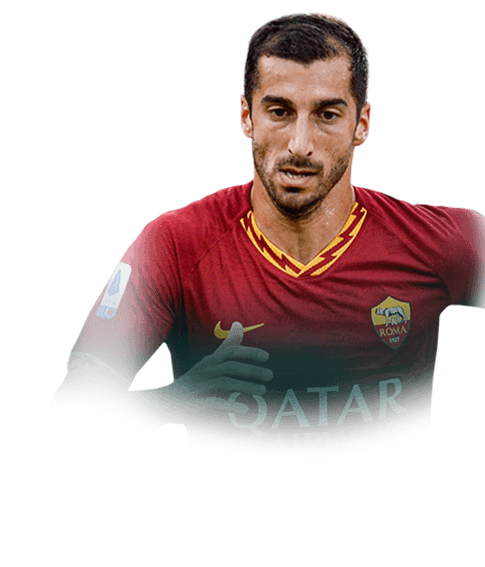 Henrikh Mkhitaryan has to be one of the best cards I've used all year. For such a cheap price, he was an absolute steal. With 40 goals in just 26 games, his greatness cannot be denied, and I am a gold 1 to elite 3 player in division 3. His weak foot could be labeled as a 6 star. I see no difference shooting with either foot at all. On the ball, he feels the complete opposite of clunky. I used a hunter on him, and his dribbling was still amazing. His passing is very smooth as well. His through balls are flawless and his short passing has no issues whatsoever. With the correct chemistry style, he can also be lightning quick.

I know this is a late review and he cannot be bought anymore, but with how amazing he is, I felt the need to write this. I honestly feel bad for whoever didn't complete this SBC, because they're missing out.

He is an absolute gamechanger. I´m an Elite 1-3 player and in Division Rivals Division 1-2. Trust me, play him! His passing is amazing, his dribbling is flawless and his shot is in and outside the box on point. The SBC is expired now, I just hope you did it. GREAT VALUE!

He's an absolute gamechanger, he is like an armenian magician.

I'm an Gold 1 FUT Champions player and a Division 3 player and i swear that I have never played with such a good attacking midfielder.

He can do everything, run, pass, dribble, attack, defend and score as well. He got an incredible shoot in and out the box so I can clutch a lot of games in FUT Champions or Rivals.

For 683 games, 362 goals and 214 assists in CAM, I think it is excellent, and we can take off like 100 games when I used him for the Icons Swaps and the challenges for Politano.

Physically he's okay but not amazing, I find him agressive in-game and he collect a lot the ball from the opponent.

I can advise you a Sniper chemistry style on him and it will be much better!

Shooting (mostly out of the box)