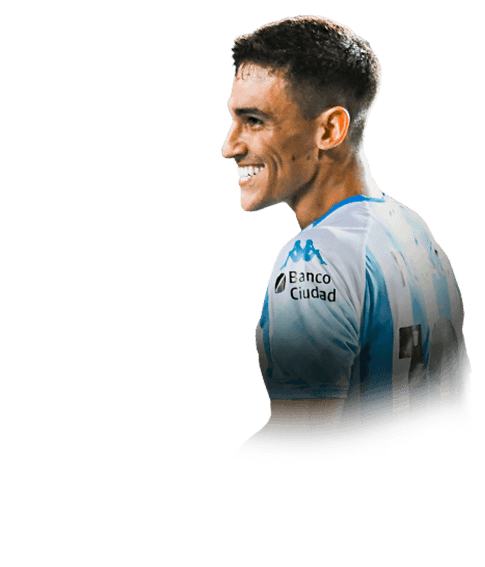 -
Sub out
Upcoming Matches
P. Chemistry
Squad chemistry
ST
86
RW
87
LW
87
CF
87
RF
87
LF
87
CAM
87
CM
87
RM
87
LM
87
CDM
85
CB
83
LB
85
LWB
86
RB
85
RWB
86
Reset
Basic
Sniper
Finisher
Deadeye
Marksman
Hawk
Artist
Architect
Powerhouse
Maestro
Engine
Sentinel
Guardian
Gladiator
Backbone
Anchor
Hunter
Catalyst
Shadow
Comments
Reviews
0
/600
Update my avatar Dos and don'ts
Top Rated
New
Controversial
Show comments
Top Reviews
Only logged in users can submit a review
A review must be written in English
At least 200 characters are required.
Compare this player to other similar players you have used(optional).
If you import your club to FUTBIN or send us an image with the player data(fill the form below) your review will be marked as verified.
Include what you liked about the player in the pros area and what you disliked about the player in the cons area.
Your review will be manually checked during the next 24 hours.
Chem Style Used
Formations
Position
Rate Player Base Stats (1-10)
Pace
5
Shooting
5
Passing
5
Dribbling
5
Defending
5
Physicality
5
Most Used In:
Submit Review

So this is my first review on a player and I wanted to make one because I saw that this guy had no reviews on futbin. I had an EPL team which I completely liquified because I wanted to make a new squad out of the conmebol sbcs and conmebol cards. I bought this card for 150k a few weeks after he was released and damn. He was worth every penny. I wanted to play him as a CM/CAM instead of a CDM because I felt it would be much of a waste of his amazing long shots so I gave him an engine card. I played him in a 4222 at first with him as a RAM and dios mío, he is quick even for his height. I later tried out different formations with him such as the 4-2-3-1 (RAM) and the 4-3-1-2(LCM) He's good in both but I prefer him on a 4-3-1-2 as my LCM on Free Roam. Surrounding him was Belotti, Icardi, Maradona, Perez, Battaglia, L. Martinez (AJAX), L. Lopez, Bustos, Mena, and Armani. This card bro is simply amazing. He can do everything. His dribbling and ball control especially is top tier. The ball is stuck to him which is very rare for someone with a height of 6'1 (185 cm) If he was a few inches shorter he would feel like Messi. His long shots are amazing if you know how to hit them right. His finishing is good for a midfielder and you can depend on it. He is so agile for his height with the engine boost. His passing is quite good too, he sees passes that I don't even see. Onto defending. Rojas has all these amazing stats and on top of everything, he has a great defense. It's like his dribbling, passing, shooting, and pace is dinner and his defending and physicality is the dessert. It's that extra stat you didn't think you needed but now it's necessary and he has it. His interceptions are crazy. The defense boost on this card is simply amazing. If you lose the ball while dribbling with him I almost guarantee he'll win it right back for you. He feels like a better version of objectives Kovacic. Other than stamina the rest of his physicality stats are pretty good, 80 strength on a CM/CAM is good, if not outstanding. Obviously the 74 balance is an issue but nothing that can't be fixed with a +10 upgrade from an engine. However sometimes, and only sometimes, the 84 balance may not be enough but it's not a worthy deciding factor. His 3* week foot may come to be a problem but I've scored a few bangers outside the 18 with it.