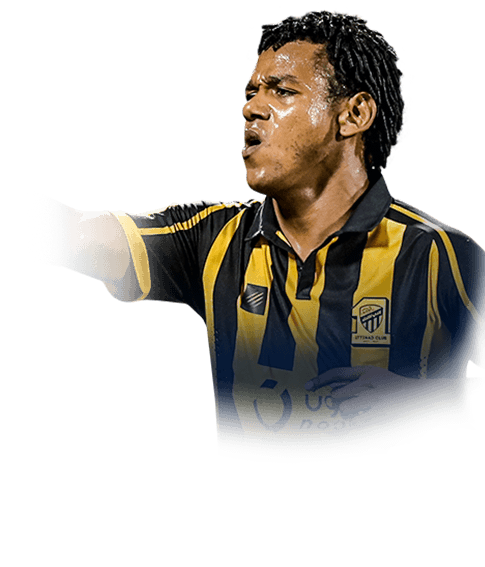 -
Sub out
Upcoming Matches
P. Chemistry
Squad chemistry
ST
90
RW
87
LW
87
CF
88
RF
88
LF
88
CAM
87
CM
80
RM
87
LM
87
CDM
64
CB
58
LB
66
LWB
69
RB
66
RWB
69
Reset
Basic
Sniper
Finisher
Deadeye
Marksman
Hawk
Artist
Architect
Powerhouse
Maestro
Engine
Sentinel
Guardian
Gladiator
Backbone
Anchor
Hunter
Catalyst
Shadow
Comments
Reviews
0
/600
Update my avatar Dos and don'ts
Top Rated
New
Controversial
Show comments
Top Reviews
Only logged in users can submit a review
A review must be written in English
At least 200 characters are required.
Compare this player to other similar players you have used(optional).
If you import your club to FUTBIN or send us an image with the player data(fill the form below) your review will be marked as verified.
Include what you liked about the player in the pros area and what you disliked about the player in the cons area.
Your review will be manually checked during the next 24 hours.
Chem Style Used
Formations
Position
Rate Player Base Stats (1-10)
Pace
5
Shooting
5
Passing
5
Dribbling
5
Defending
5
Physicality
5
Most Used In:
Submit Review

I was needing a Brazilian striker in the team and as soon as this guy came up on my objectives i jizzed. His card looked sexual at first glance, and even the hair planted on his head seemed to dangle majestically in observation. So, i managed to do the objectives for him in 6-8 games, as it was not challenging. I finally was able to get him in my team. I was expecting a decent forward with good agility and decent shot, what i got was way better - He was molesting to say the least, his massive shlong allowed him to control the ball like messi , his agility was clearly proven as he was far away one time, then peek-a-boo and he's infront of your face. His finishing was abbusive - like the ball was my dad and i played the net. He rarely missed, and when he did, it was clearly the wind moving the ball away as Fifa needed someway to nerve my daddy. The final thing, his pace, was sensational; even when playing him with a sniper he seemed to float around the pitch - it was if the other players were slowed down and he played the role of moses, as he split apart the defence like an ocean. His looks are also second to none, his beautiful cocoa skin and piercing eyes elequently compliment the spider on his head. His high stamina also allows him to last long on the pitch and in my bed.

The only con is his 3* weak foot however this does not need to be used as his shlong can be used to kick the ball instead.

okay so when i saw this guy come out in objectives, i didnt know wether to do him or not. the 3 star wf put me off a bit but i thought this guy looked fun to use anyways. let me tell you, THIS IS ONE OF THE BEST STRIKERS IVE EVER USED IN ULTIMATE TEAM!!!!!! his pace is so rapid, beight 5 foot 9 also helps because he is very small and agile. he slips past defenders like theyre nothing and his clinical strike goes in 9/10 times. another awsome thing about this guy is the 99 stam! he never gets tired in game and can last the whole game no problem! what could be improved a bit is the strength but this guy never realy gets into 50/50 situations anyway. his heading is okay, the 99 heading accuracy is nice but the jumping and height doesnt really do much. his passing is good for a striker, i was surprised. ive used this guy in 16 games and he has 16 goals and 5 assists, 3 of those goals came from freekicks! he is a monster with freekicks! he will score 3/5 times! the wr feels okay as i play him wide cam in 4231. overall this guy is a monster and is worth the 2/3 hours i spent doing him!

There is nothing wrong with this card when it comes to attacking. He doesn't have 5 star SM or 5 WF but do not worry. His pace and shooting with hunter can damage any defence. His ability to just put the ball in the back of the net is unbelieveable. I pair him with Guanca for a striker pairing of dreams. Both of them on hunter have 99 pace and 95+ finishing. They also happen to be very underused cards and therefore no one knows how to defend them at all.