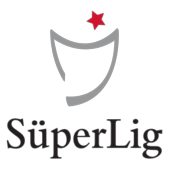 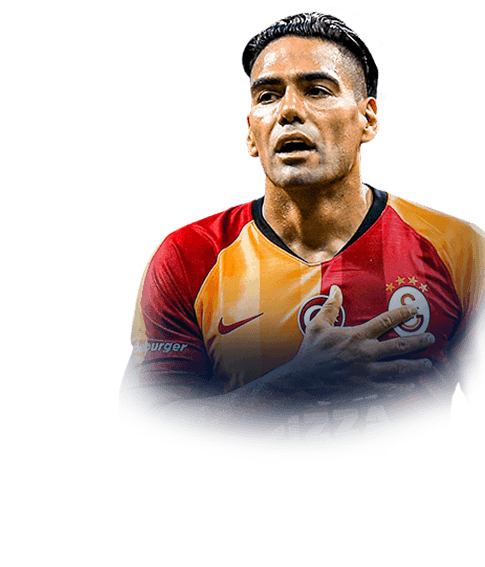 His real-life stats are currently 1 goals and 0 assists in 7 matches in domestic competition. He also received 1 yellow cards and 0 red cards.

All games played were in Div 4 rivals, I played Falcao at ST in a 4-1-2-1-2(2) with an engine chem style. The squad was, for chem, in a 4-3-1-2 with Nick Pope 87 GK, Nathan Ake 84 LCB, Lisandro Lopez 88 RCB, 94 Robertson LB, Fabricio Bustos 88 RB, Mo Salah 97 LCM, Prime Frank Rijkaard CM, Enzo Perez 88 RCM, Falcao CAM, Miguel Borja 88 ( who is an absolute beast ) and Diego Arias 84 up top, as I said previously, I played in a 4-1-2-1-2 narrow in-game. As my username suggests, I am a huge Falcao fan, but I will try to be as unbiased as possible. Falcao is a very interesting card, he isn't insanely fast, he isn't super good at passing or dribbling, but he seems to always be in the right place at the right time, he plays most similarly to TOTSSF Icardi. His pace is decent, doesn't feel as high as his stats say he is, but Falcao isn't the fastest player ever, so I think the pace is about right. His dribbling is pretty solid, he is definately not a skiller, but he has good ball control and tight space dribbling. Falcao's passing, much like his dribbling, is not special, but is more than good enough for a striker. He has very good short passes and through balls on the ground, but his long passes and chipped through balls are not good. Falcao's shooting is ridiculous, he can, just like in real life, score in about every way, in 12 matches, I have scored at least one chip, finesse, low driven, outside foot shot, header, and power shot. His long shots aren't the greatest, but he will usually win you a corner, even if the shot doesn't go in. Falcao is also very good physically, he has 96 balance and 88 strength which makes him a good hold up striker, and the 99 jumping has helped him knock in 2 headers. Overall this is a worth it card to do, even if you aren't going to start him, he will make a good supersub. I am thinking that a hunter may be better than engine, since his passing/dribbling feels like his base card stats for the most part, if anyone has used him with a hunter, tell me how he feels compared to with an engine in the comments.

I use him as a sub and put him in the game at the 60 Minute with an engine in division 4.

He wins almost every header and is pretty fast with an engine.

his Shooting is brilliant, he scores like 8/10 chances and has one of the best Powershots i used this year.

I grinded for him a little bit more than an Hour and he is 100% worth it.

You can bring him in as a sub or maybe build a Squad with RB Tots Mariano and Muriel or an Icon.

-ball control (its ok but not the best)

-stamina (isnt important if you use him as a sub)

Okay, so to start this review off i'll briefly tell you the level of player I am. I'm a bang average player, I am Div 4/5 in rivals and get Gold 3 every week with roughly 4-7 games remaining. Now the reason we're here, Falcoa. First off Falcao is a very achievable objective so even if you have no plans to use him hes a free 90 rated tots for an SBC. I have done all the objectives so far and was heavily fond of Thuram until i got this Falcao card. He is bloody unreal. His current record for me is 21 games, 34 goals, 7 assits (All in rivals). I immediatley put on a marksman chemistry style to this card upon obtaining him so this review is with marksman on start to finish.

Pace: 92 overall, 93 acc 90 ss. this is a weird one he doesn't feel like 92 pace but he is, i'm not gonna say hes the fastest player because he isn't but he beats every defender for pace for me and its not often i find a defender catching him aside the higher end ones such as TOTS Gomez. can't complain.

Shooting: 90 overall. now this is the main reason you get this card, his finishing is incredible, the goals he scores are ridiculous. Once hes in the box if you can get a shot off it commonly ends up with the keeper getting a bad back because he is bending over to pick up the ball out of the back of the net. Going off the stats with marksman on him 99 att positioning is the strongest point of the card, I have him set to get in behind and stay central and his runs are incredible, his 1-2's are unreal partnered with his 90 short passing and his 92 pace. His Volleys are also a strong point on this game, i honestly don't see him put one off target.

Passing: his passing is not anything special overall at 80 but the key point is 90 short passing which is very very useful for a striker. 81 vision does the job. 91 curve is very useful as well when required. 67 long passing looks like an issue but its not as bad as i expected he can still send a long ball but don't expect an unreal pass every time.

Dribbling: Weirdly this is one of his strong points as a whole, 89 dribbling is the overall. the marksman gives him 91 agility which is very important for leaning him towards the meta and allowing him to move smoothly and 91 does the job very easily for me on this card. 86 balance is pretty good dont see him off balance at all to be honest. 98 composure is the big part of this stat and you can really feel it in game, one of the most composed players I have used this year. Reactions at 99 with marksman is perfect. 98 ball control is very good, you can really feel this when collecting the ball and moving it about. 90 dribbling with marksman which is a big reason marksman is good for him as 90 is good improving it from 85 feels like it is the correct way to go.

Defending: all there is to talk about here is 99 heading accuracy, I have never used a player on this game aside MOTM Lewa who can head the ball well, Falcao is unbelievable if the ball gets to his head. You can cross to this man and he will score the header. Also,the rest of his defending stats are low but I find him tackling defenders every so often and making good interceptions not unreal but well above average for a striker in game.

Physical: 88 physicality is the hidden gem in this card. 99 jumping is a gift, he can get up in the air for corners and crossers even with his height and win the header a lovely addition to his card. 81 stamina, he is the first player on my team to get tired but he can easily play the 90 and still score goals and make runs at the end of the game, it does not ruin his card. Now, because i use the marksman card he has 93 strength and 94 aggression, this is the key to his get in behind runs, he is so strong and fights until the end for the ball so when defenders get onto him he shoves them away and gets the beating of them. I have come across AWB TOTS alot lately and this is a good example of a fast strong defender who gets up to Falcao but cant get him off the ball, Falcao will just easily keep this guy away from the ball and then leave him in the dust after his attempt at getting the ball and it is amazing to see.

(Sadly I cannot upload to youtube to show evidence however, I have sared a clip on my activity feed on xbox which shows his stats! you will also find many of his goals recorded down my captures. If you need to see the proof look me up: Wardayyyy)

Nation is also an issue for putting him into a squad

3* is not amazing if he has 4* he would be brilliant. However, it is not a killer, he is still a very good striker

So to be honest i was completing Falcao so i could put him into a SBC so before i put him in the la liga tots sbc i thought i would try him out. I am so glad i did he is an absolute beast. So firstly i have played with him for a few days now and visca and CAM and Falcao at striker has got to be the most hidden OP duo there is. He glides through defenders like it's nothing even with his 3 star skills you do not need to skill with his dribbling ability. If you get the ball to him in the box its guaranteed a goal on either foot. His lob through balls are actually pretty decent to be fair so a 2 striker formation wouldn't be to bad.

Negatives are his skill moves if you are a full on skiller, should be right if you are a hybrid or a non-skiller. Stamina... except that he scores bangers in the first half which means you can sub him off knowing he had done his job. Thats about it to be honest, also 22 goals and 8 assists in 12 games which is respectable considering i play 2 strikers (11 rivals and 1 squad battle)

Just get the guy it only took 1-2 hours - could of been quicker with a bit of luck with matchmaking.

Also everone has access to icons so should not be a problem for links, if not, too bad i guess x