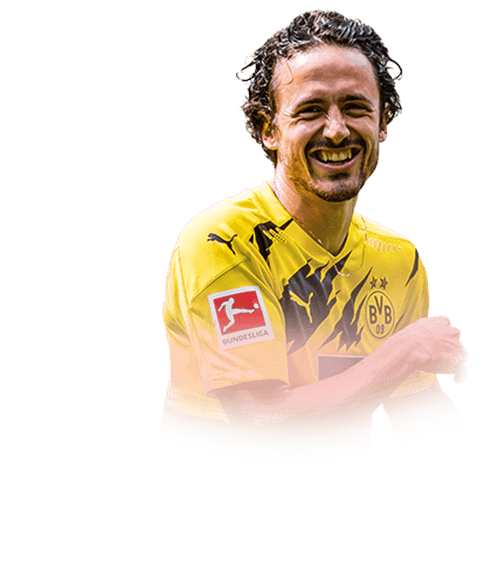 So first things first, I am not an amazing player, I do Gold 3 in futchamps, that's it. Now for the review:

When he came out last night I was relieved, as I had found a replacement for my TOTSSF Marcel Sabitzer, who I was losing interest in; but I was also scared about his price, seeing how crazy that card was. And I was shocked to find out that he only required an 85 rated squad. I immediately did the SBC, said goodbye to my Marcel Sabitzer, and placed him in my squad. I ran him as a lone CDM in a 4-1-2-1-2 formation, but made him join the attack, as I saw he had decent shooting stats, but more importantly : the 5 star WF.

And he is just AMAZING!!!!!! His interceptions were perfect, and he seemed to be everywhere on the pitch, his 5WF made him so unpredictable, passing stats were Elite level, he felt very agile, and he is by far the best midfielder I have tried this year. My only disappointment was his shooting, that really didn't match the stats, even with a gladiator chem style, so I'd reccomend making him stay back while attacking, and he will stop literally anyone.

I hope my review helped, I just need to remind you again that I am not an amazing player, so he may not be as good for you guys as he was for me.

I am overall, extremely satisfied with this card, especially for it's low price.

Hey guys, i know im verrrrrrrrrry late to the party, but for all those who are considering replacing him, DON'T. He is perhaps the most well-rounded card i've used this FIFA, and Affordable too! His Pace, Passing,Dribbling, and defending and physical are the BEST IN THIS FIFA, unless you compare him to De Bruyne. But for all those who cant get De Bruyne, this guy is his cheap carbon copy. I've even found him better than PIM Petit or Blanc or Makelele, and yes... even PIM Pirlo. This man abuses his pace to catch upto swift players and body-slams them away, right into the fans. I HONESTLY CANT STRESS THIS ENOUGH..... HE'S A BEAST! DON'T LET THAT LEAVE YOUR MIND! And for all those saying his shooting isn't that great, Baby Crespo has an 86 shooting stat.