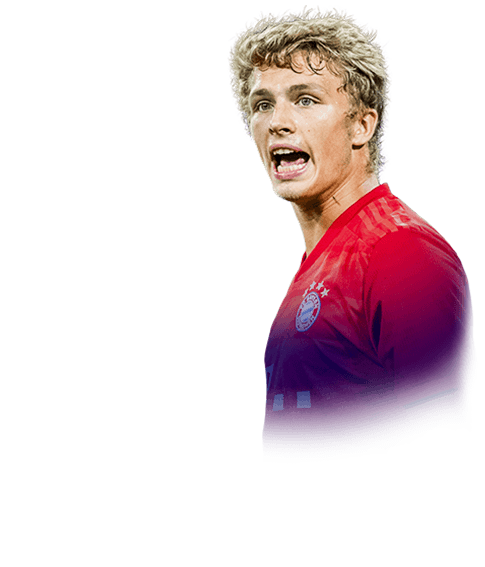 Man is unbelievable, he is sooo good. Everything about him is unreal, his pace and shooting are heaven just everything he just does is amazing.

Guys i did this guy to pair up with my SH perisic. First of All: Dont belive the stats, not at all. His strength is unparalleled, since this man held off IF Varane while turning, squeezing past RTTF Alba and slotting it easy. His height feels a bit klunky but put him at the edge of the box and watch his height pair up with that 99 Heading Accuracy and them headers are gonna go top bin easily. Even TOTS Ter Stegen was dumbfounded as my man converted the Vardy Cross in a split second. This man is absolutely worth it, and will not disappoint with the German and Bayern Links. 4*4* comes in handy although he may feel a bit clunky going for those agile skills and flciks. Oh, and one more thing: Dont play him as a super sub since he cant make an impact in 15 minutes, he needs the whole game to work his magic nut he is definitely worth the wait because no matter if it's in the 120+5' minute, this man will score a banger and hit those goals

Needs 90 minutes to make his impact on the game, mostly a slow impact player

This guy looked like he had really nice stats and since he was likely getting upgraded to 95 and I had a lot of SBC fodders I decided to do him, and after trying him I'm really happy about it. I don't do a lot of reviews so to make it easy lets go over each attribute strikers should have.

He's not Atal or Adama level but he can definitely out run most defenders. Without the need for a chemistry style which boosts it he already feels like 99 pace. Also his running motion is "powerful" so it's hard to stop him when he starts running.

No complaints here. 9 times out of 10 he will find the top corner and when he doesn't it always goes a bit wide.

Outside the Box Shooting:

The most important game changing stat from him if you ask me. He's shot power is so obvious and if you combine that with how well he curves the ball he is amazing at long shots. Also his sot power allows you to be able to cross the shot without having to use R2 and still beat the keeper.

Great turning. This is also affected by the fact that his strength allows him to shield the ball but he can definately get in between the defenders. He's also a great swiller. He's that ind of player that keeps the ball close and so he doesn't loose it. If you don't use 5 star moves he will be one of the most responsive players you try.

Surprised me. I thought he would be one of those small strikers who would be really quick but he is actually really good in the air. We all know that headers this year are pretty much useless but at least he can win challenges and score some goals like this. Also a good player to have on the first post in corners.

Much like with heading he surprised me for good in this department.even though he had 99 strength, I expected it to be the kind of strength that players like Vinicius our Josef Martinez have but not at all. He can hold off Ramos or VVD and he can shield the ball almost as good as SH Sissoko. I would even say his strength is more noticeable than Lautaro Martinez's.

4 WF, but shot power allows it to not be as noticeable as with other players.