So I saw quite a lot of people talking bad about this card, mainly due to the price, but I thought i might aswell give it a shout. I was growing a little tired of Havertz, so Harit seemed like a fun player to try. I spend around 50k using a couple of untradeables, which I thought was a fine price.

I used him in the previous WL and he had a strong start, scoring 10 and assisting 11 in his first 20. I have played 50 games with him now a feel like I can give a solid review on him.

Harits pace is arguably one of his strongest assets. In a meta where pace once again plays a huge role, he fits perfectly. High acceleration combined with solid sprint speed makes a perfect combination for CAM.

Before I bought i was a little afraid of his low shooting stat, especially his shot power combined his 3* weak foot. I used a deadeye on him to boost his shooting stats, and i can say it makes wonders. 99 positioning, high attacking wr and 93 finishing means he is deadly in and around the box. His composure is a little low, but to be honest i have not really notice that. He also has the trait "Outside foot shot" meaning he sometimes will make some sexy curved shots instead of using his weaker left foot. Only bad thing I can say about his shooting is his power long shot, which most of the times is not a threat

With the deadeye on Harit is a realy good passer. His short passing is fantastic, and rarely misses a pass. His long passing is solid, but my playstyle is more focussed around short passing so I actually rarely make a long pass

My absolute favorite thing about Harit. His dribbling just feels so smooth. His agility is fantastic, one of the reasons i rate him higher than Havertz. He can litteraly just use drag-backs for days.The 5* skillmoves is nice, even though I am not much of skiller. His ballcontrol is a little bit low for a player like him, but it is not much of a problem. The balance is quite solid, but you should try to avoid duels with him due to his low strength

To be fair, a CAM should not be judged be his defending, but I feel like I should make a note about this aswell. I have my came on getting back to support the defence, and Harit does a okay job with his defending stats in mind. His standing tackle is solid, but yet again his low strenght prevent him from being a real defensive force

The absolute worst thing about this card. His strenghts, as mentioned a couple of times, really hinders him sometimes. His stamina is also not the greatest, especially when you force him to come back and help the defence. Most of the times I end up substituting him around the 70-80th minute. Besides that there is not much to talk about regarding his physicality. His jumping is wack, but since heading got so nerved in FIFA 20 it really does not matter

Is he the best player I have ever used? Not really. Is he going to be a part of my team for the most of FIFA 20? Probably not. But what I can say is that he is an extremely fun player to use. His dribbling, his pace and his decent shooting and passing stats makes him quite a unique CAM for the Bundesliga teams. 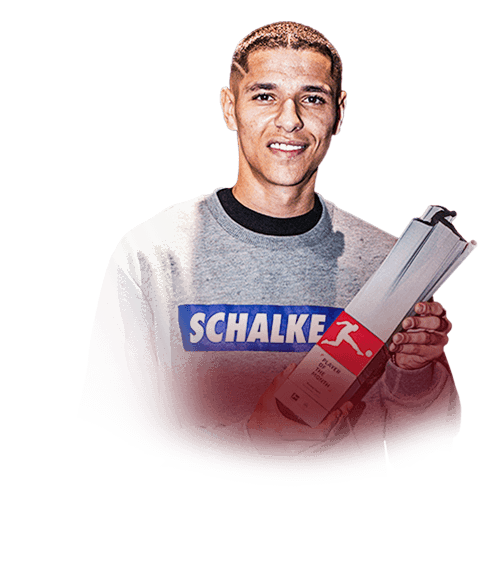 Really good card surprisingly, found him to go missing in a few games until I moved to a 41212 (2) since then he's one of the best CAM cards I have used, if you don't have many coins then I would recommend due to the next best cam being IF Havertz!
Read full review

Is Harit SBC worth it ?

The answer is straight away YES, he is.In Fifa 20 I went for a Bundesliga team and when I saw Amine Harit in SBC I thought to myself, lets do it. First things first the SBC overall is quite cheap, just bunch of 83 to 84 rated players and two high rated quite cheap players (I went for Hummels 87 and Bernardo Silva 87) So I Spent max 60k on him. I play him Right attacking mid in 4-5-1 Attack. It perfectly...
Read full review

I did this card because I had a few spare 87 and 88 rated players in my club and he linked to my flashbak Piszczek. His card looked great and I thought he was being slept on because of his pricetag. He scored in his first game or two then he just became a waste of space and kept running out of stamina by the 60th minute. I was excited for his card but I guess it was never meant to be.
Read full review
0
/600
Update my avatar Dos and don'ts
Top Rated
New
Controversial
Show comments