Firstly, thank you EA for keeping the afro in the game this year, it makes Sane very easy to distinguish on the pitch.

I play Sane as a LF up top with Gnabry IG, tactics set on to run in behind and come back on defence in a 3-5-2. If you're here you already know the man is rapid, and this is very obvious Ig instantly. He links up with players well and his good positioning makes sure he makes the right runs, especially if you put a Deadeye chem on him. He is at his best the same as in real life when you can get him running past players and into the box from good passes.

However compared to Gnabry I don't tend to notice any major difference, they both play very similar. If you like Sane and have the money to burn, go ahead and buy him, but the coins can probably be better spent elsewhere. If you do need a german left mid, there is really no other option, but for the premier league Martial will do the same business for a lot less coin. 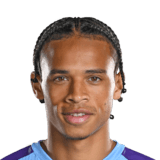 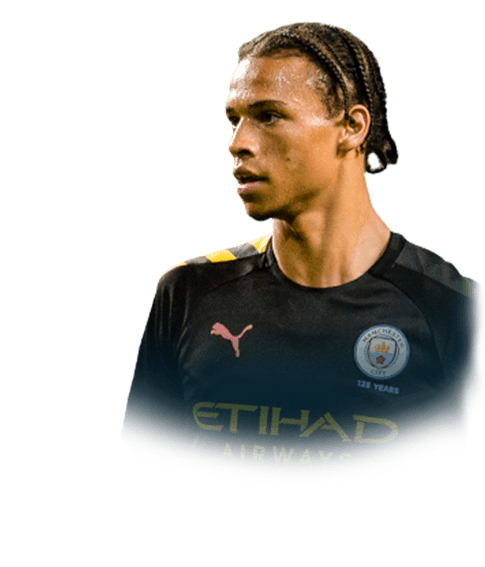 Oh my goodness gracious me. When I saw this card, I questioned my sexuality. Leroy Sane has always been a player that I've enjoyed using in FIFA. For no particular reason, but somehow he always manages to sneak into my team. On his base card, his sheer pace, his dribbling and ability to manoeuver between players reminds me of Ben Arfa at Newcastle. When this card came out, I knew that I ...
Read full review

Saw this card and originally didnt want to do it, i though he may not feel fluid on on the ball and be a fairly average player, at the time i was tried so many people (that start on the left and i move) for example: overmars, nedved, hazard IF, Stoichkov, Son and my faveroute out of all these has been Sane (i loved 90 stoichkov aswell)But I did Werner most recent player of the month card and needed a link ...
Read full review

Sane is a monster

I was very apprehensive of doing him due to to the price at first but a front three of Adama, villa and Sané was too tempting not to do so I did. And wow was he amazing! He is everything you need in a winger, raw pace, strength, clinical shooting and phenomenal dribbling and passing. An out and out winger or can even be used in cam or st if you wish, easily capable of playing there.
Read full review
0
/600
Update my avatar Dos and don'ts
Top Rated
New
Controversial
Show comments