Vinicius was one of those cards that I knew I was going to use in the beginning in Fifa. He is a sweaty players dream, fast af and 5 star 4 star.

I played a 4-1-2-1-2 (2) so the narrow formation and he was my left striker. I played him at left striker and Saint Maxim at right striker, with Gabriel Jesus at CAM.

This card is sweaty af. His pace was blistering and he could get around most defenders with ease. Obviously there would be exceptions such as VVD.

His shooting was surprisingly good, I think it was because of the deadeye I put on him tho. His weak foot was solid as it was 4 stars. He would rocket shots far post and score a good amount of times. Definitely the better finisher compared to Saint.

His passing is ok, not the best but it was decent when I put deadeye on him.

Obviously this mans dribbling was insane, I found him beating defenders all the time and he is really fun to use and play with, especially with the 5 star skills.

Defending is not a thing you look for in this card but since his agility was so high and his pace, it would sometimes result in a poked ball loose from my opponents CB or CDM, resulting into a counter attack.

Vinicius is clearly weak, but his speed and agility makes up for the big body center backs. He wasn't strong at all and I had to rely on the skill moves to beat defenders.

Overall this card is an absolute bargain. He a great super sub or starter card and I highly recommend him.

Very fun to play with

All of these are pretty obvious 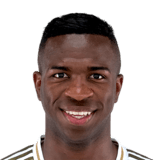 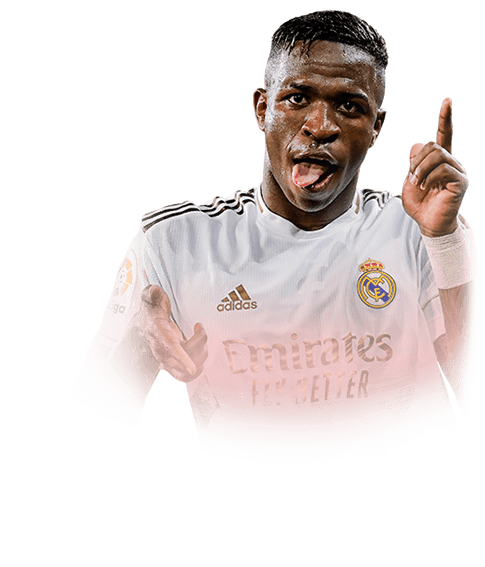 Where should I start? Of course we could complain about why we didn't get promos like this earlier in the year, but for now lets just be thankful for the great content and hope this continues!We all agree this card will 100% be getting the +3 upgrade regarding the crazy shape real is in currently, BUT even th...
Read full review

Excellent winger for any team (Vinicius 92)

Hello guys,Deathmatch is here and this is my another review in fifa 20.Today our main hero is Vinicius Junior,brazilian future star.He got unbelievable summer heat card.And this card can get an improvement up to 95 rating.Alright ,now he is 92 rated.Of course,it will be very hard for Real Madrid to win game against GranadaWithout any upgrade his card is pretty good.But it was hard at firs...
Read full review 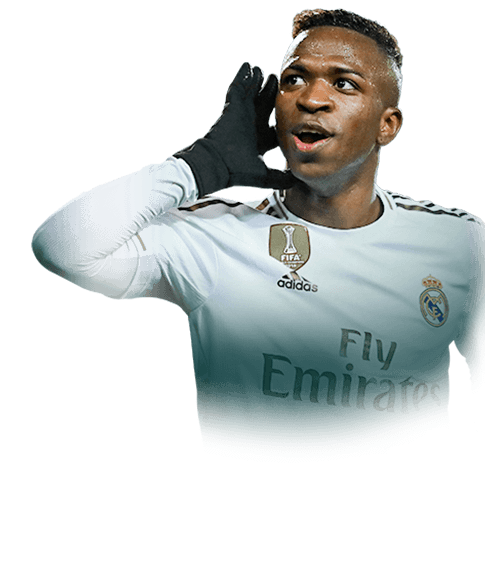 Well how do I start.... just give him the ball and the Velcro that is his feet grabs onto it. As soon as a shot goes off it’s like there‘s a magnet behind the keeper.I’ve been using Son as striker since ever and he’s just something different, something better. I could compare his dribbling to a fast and tall coutinho , his Finesse is horrible but his shot outside the box is sexual. His positioning is irrele...
Read full review
0
/600
Update my avatar Dos and don'ts
Top Rated
New
Controversial
Show comments