Let me just start by saying I made a Futbin account just to write this review. I’ve been playing since FIFA 14/15, and have always casually been around division 1/2 (not saying I’m good or anything, just that I have quite some FIFA experience). Before I buy a player I’m always looking at the comments/reviews to see what people think about certain aspects of the player before I buy someone. What surprised me though is that Pogba received a lot of “trash” or “overrated” kind of remarks. At the moment I don’t own the man, but that’s because I couldn’t play for a while so I sold all my players. I will now tell you my experience with the absolute unit called Paul Pogba: I played the lad for around 50/60 games if I remember correctly. I played him as a CAM in a 4-1-2-1-2(2), with Rashford and Zaha as strikers. Most people will try him on CM, but I personally thought he lacked defensive stats and that 5* skill moves combined with the strength seemed kind of too fun not to use more up front on the pitch.

I will tell you this, this card is the most fun I’ve had since FIFA 15. My god is this man an absolute tank. His 89 strength makes sure that every defender trying to take the ball from him will be send back to his mother’s house to reconsider even touching the man. He will send them so far back they’ll turn from player to supporter because they won’t be on the pitch anymore after one touch of this guy. The passing is great for a CAM, he’s by no means Pirlo or anything like that but he will deliver the passes you need him to. Dribbling is debatable, some will like it some will hate it. I do admit the balance can be an issue, but after I slapped an Engine on the man and played a few games with him I got the hang of his movement. Who needs balance anyway if the defenders can’t even touch you. His defending is decent, but as I said I don’t play him as CM so it doesn’t matter for me. Pace wise he is really surprising as well. Combined with his enormous legs and the High attacking workrate the man will always make solid offensive runs. He’s there when you need him to, playing as a third striker (this was even without instructions for the first few games). Shooting: it’s okay. His finesse shots are not that good because of the lower finishing. However his regular and longshots are so much fun. Find some open space with the man and just watch as the ball almost splits the net in two. I’ve had so much situations where it seemed impossible to break through the defense and this man just splits the defense in two and launches the ball into the net with such destructive force that my living room even started shaking a bit.

Now for my personal ratings:

Dribbling: 9/10 (if you use him to his full potential)

Physical: 10/10 (Basically the most fun aspect of the card imo)

Best of all worlds 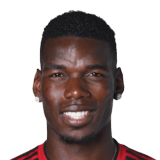 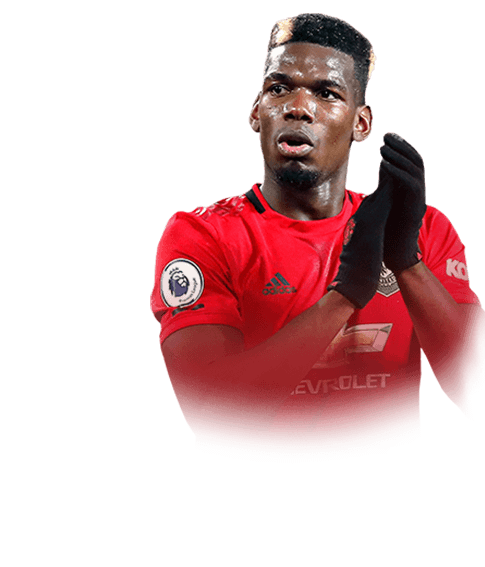 Hands down the best box-to-box midfielder in the game with now 6 games played in weekend league and 9 goals from a CM position i already know his ability, if you are going to use him as a CAM you will most likely be disappointed using him as a CDM with another defensive minded CDM should be pretty good but he is a CM he shines... a very very good box-to-box CM if not the best in game and therefore he is pretty expensive.
Read full review

When his price dropped to 2.2 millions coins, which is still very expensive, I couldn't resist anymore and bought this card. Pogba perfectly fits into my squad and played as a CM in my 4-1-2-1-2 (2) formation. Pogba interprets this position very offensive due to his H/M workrates. Passing, Shooting, Dribbling and Physicality exactly feel like the stats you see on the card. With Shadow Chem Style he also gets a nice boost fo...
Read full review

Pogba still today is a great card. We are in February and I have used him in a plentiful amount of teams. He is currently playing in the Gullit role of my RTG alongside kante (who is also essential to this team) and the pairing of the two is outstanding. Pogba is that player that can drive the play. In game, he is my right CDM with neymar in front of him and Mbappe at Right Cam, Ones To Watch Ben Yedder up top, and Dembele ...
Read full review
0
/600
Update my avatar Dos and don'ts
Top Rated
New
Controversial
Show comments