Best midfielder in the game? The answer may NOT surprise you. when i saw this card popping up i was instantly hyped. Altough he goes for 230k on futbin i completed the SBC for 40k-70k, which isn't a bad deal for this player.

I used inform Acuna (which I also wrote a review about), but couldn't link him with very much players, bruno fernandes was almost the only option. Acuna and Battaglia have a perfect link so they will live a long and happy live in my FUT 20 squad. I use him as a box-to-box CM in 41212 (narrow) with anchor chem style and he is AWESOME so far! he is really fast and has decent dribbling stats, which make it hard to stop him if he is on the go, and also he has amazing longshots! Not only is he a danger in the attack, he also does his defensive work very well. His pace together with his defending stats, physical and height make him very suitable for a CDM or even a CB (haven't tried him there). The skills (3*) and weak foot (4*) are also pretty nice, but sometimes he is in a position where a 4* skillmove would come out really helpfull and that's a shame. His passing stats (91 short and 89 long, 84 vision) combined with his weakfoot (4*) makes him a great passer, this also counters the EAids of off-target passing, which annoys me a little.

-finishing (not that important)

-3* skillmoves (also not that important) 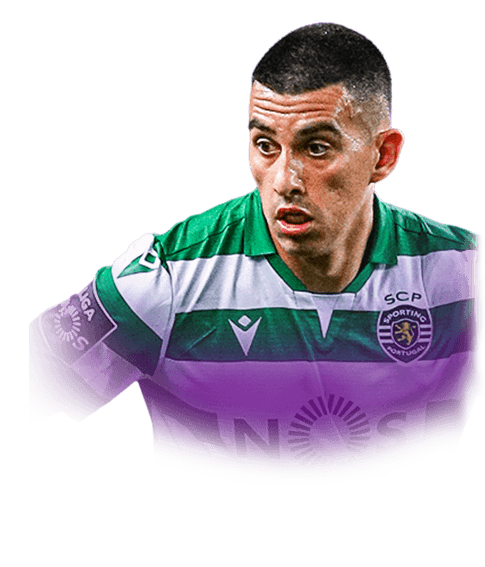 I did this guy, hoping to play him alongside IF Wijnaldum, on 8 chem linking to my Red IF Telles, and I was suprised. Just saying, I am no pro, but I hit elite 3 last weekend, arguably the worst weekend for me in terms of gameplay, but I played with him across the week in div 4, doing icon swaps. His stats off the bat already look insanely insane for an 84 card, but I was nervous whether he'd play to those stats.Abso...
Read full review

I am typically a FUT player who sticks to the PL as A) Im a big Liverpool supporter and B) its the league I'm most familiar with having watched all the matches. Well this year I decided to venture out and try to steer clear of the premier league and the "generic" FUT squads you come across all the time. Having played my first weekend league recently I was wanting to rejig my squad and decided to see if I would get good pack...
Read full review
0
/600
Update my avatar Dos and don'ts
Top Rated
New
Controversial
Show comments