there is no sbc fodder this year, this is the best meta card i ever used this year. here before i had ramos & lenglet in defensive line. one of my friend from discard highly suggestion him for cb upgrade in ramos position. at starting i never listen to his word, finally i like to give a try on this card after ramos price getting dropped, 2 weeks back i bought him for 340k with shadow chemistry. oh man this card looks like animals feel like kante father he everywhere he playing in cdm rb and cb he plays everywhere and quick return to box when position loss. very high agile + great speed, right now i having varane + moore in defensive line. its feels like he faster than varane with anchor, dono how maybe his agile & his height whatever. one more great thing was his ai sliding tackle .. sometimes its feel like wtf he doing in box, he automatically put tackle into box and get the ball back without penalty. sometimes im laughing how to push the opp striker such as mbapee lewa messi lol we call him uncle seriously most enjoyable card this year moore 87. if you had him, ill give you one simply tips you had another cb just defense with him dont touch moore in critical situation ai do the all the job, if you kind a team contain lover always pressing finesse button to defend then use him. i dono about other icon cb, but he is the best cb compared with vandik ramos varane lenglet. 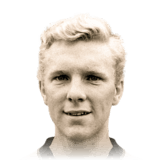 I had VVD on a 10 player loan for this WL. And i have to admit,...he is insane. crashes every attack and is all over the place. so i was extremly sad after those 10 games. 600-700k was out of my budget.So i started looking for the next best player for max 300k.And i was surprised to read a lot of great things about Moore. but it made sense, in fifa 20 he is endgame. i had him in a untradable pack in fifa 19 an...
Read full review

So it's my first Time writing a review, also my main language is not english so sorry for grammar. So lets start, i had a spare 250k and wanted to try a new cb, saw this guy below bin and brough it to WL. The first game, i though im gonna sell him, but i gave him a chance, and everything changed. He gave so much for my team in wl, ? havent won that much before like ? did with this guy. Thats why im writting this review, bec...
Read full review

...not in a good way; kung fu kicking the ball into opponents, climbing on opponents backs to head the ball, sliding through three players at once, standing perfectly still not moving a muscle whilst petit is struggling to defend against messi five yards away, randomly appearing half way up the pitch, playing left back, right back, defensive mid despite being at centre back. i haven't had any of these problems with anyone ...
Read full review
0
/600
Click here to verify your account in order to comment Update my avatar Dos and don'ts
Top Rated
New
Controversial
Show comments