Hi and welcome to another of my reviews. Today, it's gonna be the 84 rated RTTF Europa League Yannick Bolasie. He's got 92 pace, 84 shooting, 84 passing, 88 dribbling and 83 physical. I played him in the ST position in a 4-2-3-1 with Corona at CAM, Griezmann at RAM and Ben Yedder ar LAM and the CDM was De Jong and Sissoko. He got 11 goals and 5 assists in 11 games.

Firstly, I did not test his TOTS from Fifa 15, but I heard he was one of the best player in this game. For this card, I decided between Artist (for the long passing) and Sniper (for the finishing). Finally I put a Artist, because I thought the shot power would help the finishing and I like when my ST does some good passes.

For the pros, he feels fast, not fast like a Mertens or Insigne, but for his shape, he was quite fast. I was worried about that cause of the 6'2'', but it wasn't a problem. His shot power was really nice, the keepers makes sometimes some saves but you knew it was difficult. Was it help Bolasie for the finishing? The answer was no and you will see why later. He did some very good passes probably because of the Artist chem style, he created some opportunities. Another thing I was worried it was the agility and the balance and because of the Artist chem style, I think it helps him to do skill moves easily. Strength and aggression was insane, he can hold the ball against VVD, it is not everybody that can do that. The price (35k) is good, but we shall see if he will gets another upgrade and if it is, I just cannot imagine how good would he be.

For the bad things, obviously, the finishing is a big problem, because I did not put Sniper. At 2 bars, the ball doesn't go a bit over the ground. It just stay on the ground. The med/low wasn't a problem imo because the stamina issue. If he was high/med, that would be a problem, because he would be exhausted at the 60th minute. With the med/low, he comes a little bit on def, but it pretty rare and sometimes, even if I said go behind the defense in my instructions, he doesn't want to do it. Imo, it is not a problem, but the stamina is a problem. You have to change him at the 75th minute because he will not do something after this. He will be exhausted. You should not play him in a wide formation (LM, RM, ...) it would be worst. The nation is a problem, but the league is not a big problem because of all the special cards we have in the Liga Nos right now (Bruno Fernandez MOTM Europa League, Gedson Fernandez and Corona RTTF, IF or FUTMAS Acuna, ...)

So the question : Is the beast back? No and even with the full upgrade, he will not be as powerful as the TOTS Bolasie from Fifa 15 just because of the meta of the game.I could be wrong, but I don't think he will.

If you have any question, you can dm me on Twitter on @MRLouis_Charles and I will answer it ASAP. Thank you for reading it and have fun with him.

Passing (with Artist) / Finishing (with Sniper)

Finishing (with Artist) / Passing (with Sniper) 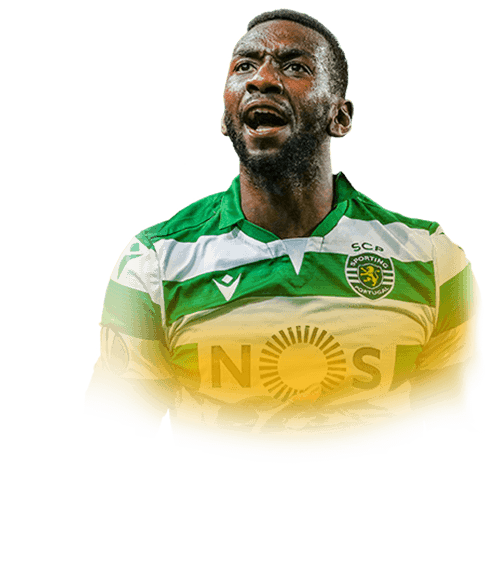 Alright guys, I decided to create a futbin account just for this review since I can`t get my head around the beastlyness of this card. I have no idea how people usually sructure their reviews, so I`ll just go for it in my own style I guess.First of all, if you`re thinking of doing this SBC - do not hesitate, go for it. If you`re currently unsure or against doing it, pull yourself together and throw out some untradeab...
Read full review

Well, where do i start? Bolasie has always been one of those cards that attracted me for some reason. Hes tal, fast and surprisingly agile. Sadly his shooting was never the best. When i saw this card coming out, i instantly did him. In the worst case i would have spent 3K (got some untradeables) for some good memories and maybe even upcoming icon swap challenges. Luckily i also just had enough coins for baby Dalglish, so i ...
Read full review

Firstly,he is not game changer.But if you playing wing football,he has amazing pace and dribbling.Shots and passes are not very good but i can't say bad. IT's really price/performance card. You can link with Telles in 4-5-1 formation.If you have Mane budget,you have to prefer Mane,but in the low budgets,he is insane player. Better than Sane,Martial and Anderson.I suggest him,it's about to...
Read full review
0
/600
Update my avatar Dos and don'ts
Top Rated
New
Controversial
Show comments