I was aware that this guy was so overpriced but I decided to go against the grain and get him anyway, I was not disappointed. He has played in multiple weekend leagues now and has been a consistent performer in my squad. He plays CAM/RCM in the 41213(2) with a hunter chem style. Ratios - Games: 131 Goals: 67 Assists: 50 All Weekend league. (I don't play rivals)

Pace (82) - With the Hunter chem style his pace feels very fast. He is able to run past most midfielder with ease. His pace combined with his balance (94) and strength (87) make him nearly impossible to stop once he's at full speed.

Dribbling (91) - Fekirs dribbling is very sticky, he is extremely responsive and agile on the ball. Not top tier like a Eusebio or neymar but definitely up there amongst the best. Because of his strength you will always find Fekir being tackled but winning the ball straight back.

Shooting (86) - Now this is where Fekir really surprised me, I didn't expect to much from his shooting. But as he has the finesse shot trait and a hunter chem style, he just blew me away with his incredible shooting. This guys left foot finesse shots are Messi esq. I have really on been using left foot finesses because they literally go in 95% of the time. From inside and outside the box.

Defending (36) - When playing cam is is able to regain possession due to his strength and pitbull like approach.

Passing (84) - Very good passing indeed, 3* Weak for is sometimes an issue but once you get used to using his left foot passing becomes very fluent and clean. He also has outside of foot shot trait which is extremely useful when handling a 3* weak foot.

Physical (82) - The main reason I got this card was because of his physical, Fekir is a beast. He is nearly impossible to knock off the ba, even the most meta of centrebacks struggle to tackle Fekir. The strength and his in game stocky build matched with his insane balance just make this card a monster. 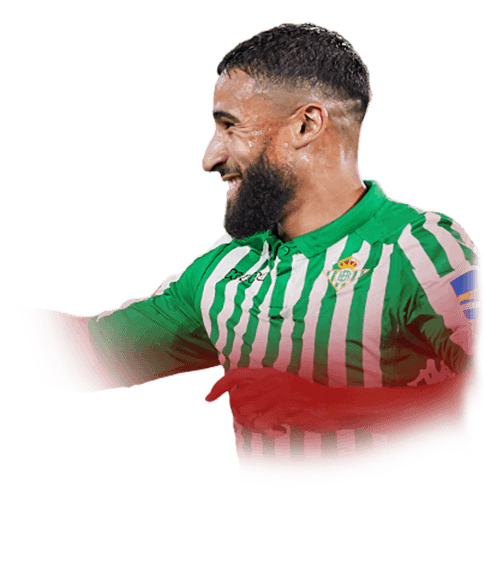 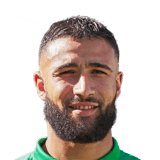 Fekir is one of the best players I've used on FIFA this year. Not just for one specific attribute but for all things going forward to make an impact. The way my team plays with the two holding defenders, Fekir usually becomes the middle man to progress defence into attack. He also provides plenty of goals and assists, usually acting as a "Rooney" or a "bergkamp" role as a second striker, turning up with good runs in behind ...
Read full review

First, sorry for my bad english xdI used a csl/laliga squad, then I decided to change to LaLiga + golovin IF and Ben Yedder OTW. Golovin was not bad, but I tried Fekir. I wanted to use Engine on him but seeing a lot of Maestro cards in the market and reading the review I finally used Maestro. I'm not a very good player and I don't score a lot of goals. Dembele has a very few goals, Hazard regular, Ben Yedder regular,...
Read full review