After using his base version till the beginning of the game (I sold him, was around 90 presences and 80 gouals with 60 assists) I try out the IF version as soon I was able to buy it for a reasonable price. I expect his POTM version due his brilliant performance over the month of December IRL but I forget to sell the IF in time and I lost on this card 50k.

Why I bother you with this? Because I want to start from the big cons on this card, that is not the price itself, but the terrible value of the packs you get from the SBC. Basically you pay the untradeable player taking nothing back... but, the only player that got the same stats in game (Lewa TOTGS) got a price that is more than double, so is your decision to have this kind of striker in your team. And I'm a sentimental guy, Suarez was my striker till the first week of FUT 20...

I go straight to him because I tried out his other versions and fits perfectly my style of play. He's NOT a META player, but if you want a classic numer 9 this version of Suarez is a must have: OP shooting, unbeliavable positioning, high stats on passing and last but not least great physical stats. Is a very rare mix and if you got patience you will manage to use this guy not only like a scoring machine but also like a classy player that can work for the team outside the box, holding the ball waiting for midfielder's runs or going wide to help the wingers.

My personal suggestion is to try his IF and then, if you start to understand how he can play, upgrade to the POTM. After playing with both of them I can surely tell you that the 91 version is a 20% stronger version compared with the IF, but again pay attention and avoid totally this card if you want a pacy-agile player.

Does not fit the META, avoid him if you like skillers 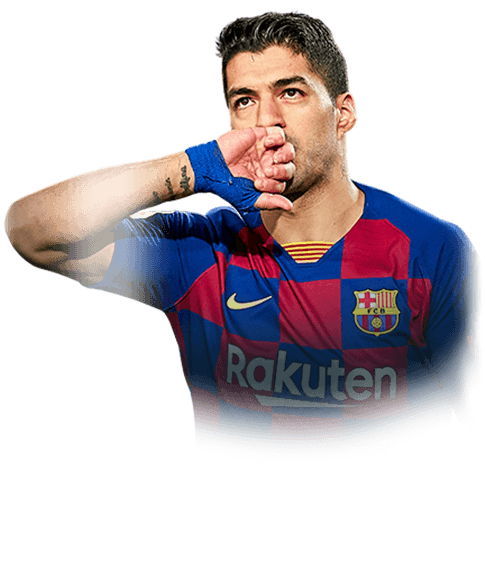 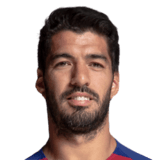 Suarez is still a beast?

I used suarez after i tried a few other strikers. I tried lacazette and inaki williams but suarez was better then them both. He is the all in one striker that finishes every shot you shoot with him. Best striker so far.
Read full review

This 91 POTM Suarez is simply amazing. He can score from anywhere and his dribbling is on point. His passing is good and his strength is really effective. Sprint Speed an issue but not that major I suggest you get Hunter or Catalyst to help increase his pace.
Read full review

Well, when I see the new overall for Luisito I was a little bit disappointed, 89 is in my opinion too low for him... oh wait? WHAT? 35.000 coins? Buy now, buy now, buy now!!!Play him as main striker in a 4 2 3 1 formation or even in a 4 3 3, this guy had to be hadle with care. I mean, is not like Lucas or Rashford, is not an unstoppable train that overruns defenders: he's a brilliant players that comes bac...
Read full review
0
/600
Update my avatar Dos and don'ts
Top Rated
New
Controversial
Show comments