After investing in la liga players in October for the league SBC, I found myself raging repeatedly at the EA twitter page waiting for this SBC to be released. Finally the day came yesterday and I was particularly underwhelmed by the choice of player at the outset. I had been hoping for a Vinicius Jnr. to be one of the player pick rewards, however that was not to be. High defensive work rate of Cordoba made Hernandez the obvious choice.

Like a lot of other la liga strikers this season, they have all been very good in some areas. Futmas Inaki for pace, Moments Morales for dribbling & POTM Suarez for finishing. However on use so far, Hernandez feels well rounded. His finishing is tidy, his dribbling is fine and certainly feels comparable with a 4* skill player, pace is electric and does not need boosting and if a Marksman card is applied there is a notable physical boost.

I had been playing this player in a 4-2--3-1 with get in behind. Messi, Modric and Perisic in behind all on full chem, meaning through balls and service is not an issue. Have to say was really impressed. For an 85r card in January, this was certainly one of the better ones. Accelerates away from defenders for fun, good with chip shots and drives across keepers, curve is a bit low, but overall not an issue. Composure is the one stat I wish was slightly higher, but overall this card is fun to use.

Is this card worth the 250k required to complete the league sbc? Probably not. But Hernandez is meta, fun, fast and filthy in the box. If you can get some good returns in the packs then you could have a very tidy payer for good value. 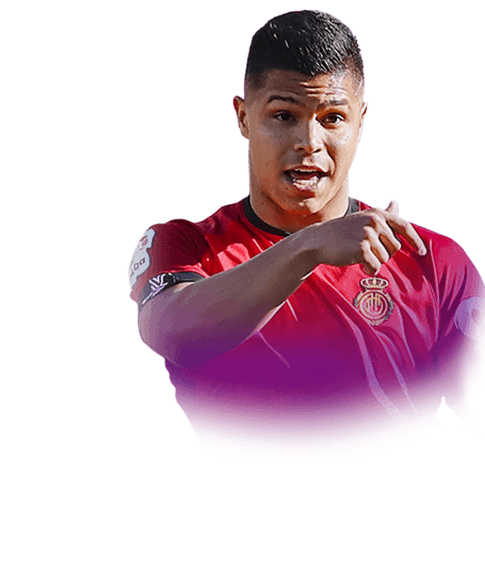 Ignore the EA hate, this guy's a GOD

I had heard leaks about an upcoming La Liga SBC so ended up buying like 100 Alena and Firpos at 2k and selling em for 5k, so basically did this sbc for free plus profit. Regardless, this Hernandez card carries a hefty a price-tag. But after playing 10 games, 7 starting, 3 subbed, I can safely say this guy feels so so good in game. With a marksman chem he clocks in at 95 pace, 94 shot and 90 dribbling. His strength mixed wit...
Read full review

Most underrated player in Fifa 20

I have tried many players in Fifa, but this guy is something special. Overlooked by many and ignored by all. But i'll tell ya, he is a beast. Strong, agile, balanced and great finishing.
Read full review

Hernandez at the time i got him from the La Liga SBC for 250k (made 100k back from the sbc) he is a quick energetic striker who is very clinical at finishing at who is very talented at long shots and difficult angles.Their is not a lot of fast strikers in la liga whose an upgrade on Inaki Williams if that is your play style and Hernandez is the perfect upgrade.
Read full review
0
/600
Click here to verify your account in order to comment Update my avatar Dos and don'ts
Top Rated
New
Controversial
Show comments