This SBC was a no brainer for me. I managed to do him for ~ 30k with some players i had untradeable in my club. I played about 7 matches in rivals Division 4 and all i can say this guy is totally worth it. I do not play weekeng league, so i probably won't test him there. I did a quick search and it seemes as of today, 21 January , there are no strikers that have 90+ shooting combined with 90+ physical other than mid and prime drogba and the TOTY cards.

Considering that this card is very very similar to prime Drogba which is about 1,8 m coins on Xbox, the value of this card is really really good.

The shot power and finishing on this card is absolutely insane, he scored in almost every match.

Hes a lethal finisher and can score from outside the box, Used in 4231 as a single striker with 2 pacey wingers he is really Icon-level target-man.

Yes you can say 7-8 matches are not enough for a review but my point is that you can do this card if you have a few players in your club. for 30-40k (like how i did him) it is worth it

Will he bring you fun ? YES!

Feels Pacey with a hunter

90 Vision for a striker 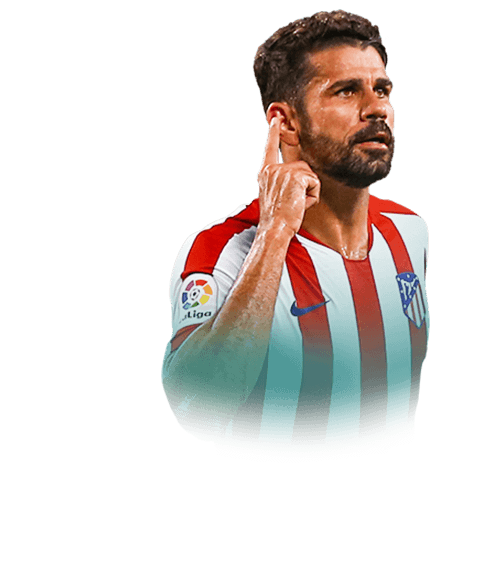 This man is an animal!!

Hey guys! This is my first review and I haven't been so excited to write a review until I got this card. I was thinking to myself, Is this guy really that bad? Since everyone is talking about how his agility is so bad and his balance. But don't look at those stats. He does turn like a tank, but this man turns into a train when he starts running. He will bull dog most defenders and finish with ease. I have Costa along side w...
Read full review

At first, when I saw this card I was confused to get him or not because of the agility and balance mainly but as I looked at the price he was a must to do SBC. For that value, he is one of the best strikers you can currently get. In=game I play with 4-1-2-1-2 narrow and he fits perfectly in my attack having got Saurez POTM playing at CAM and partnering Crespo at striker. In-game he actu...
Read full review

The Elephant Man No More

DIEEEGOOOOO COSTAAA THE ELEPHANT MAN! Well, hes the elephant man no more. Where should I begin with this monster? Well, this is my first ever review, and so I am just going to write on each of his base stats and a short summary. Here they are:PACE: Surprisingly good, I thought his pace would be like Suarez or Lewa, not too fast but not the slowest. But he has surprised me. When he sta...
Read full review
0
/600
Update my avatar Dos and don'ts
Top Rated
New
Controversial
Show comments