I had Digne's 85 inform earlier on in the year and it was an average card, a good premier league LB but not much else. I decided to try his Headliner when it was released because I had some spare coins, and I don't regret it in the slightest. I used him in his natural position of LB in a 4-1-2-1-2 (2). Every time I use him in Friendlies my mates always point out how untrue his stats are. By this I mean he plays much better than what his stats indicate, and far better than an 86 LB. He only has 72 strength, but He can muscle players off the ball its ease. He is always outpacing players with much better pace than him (though that can be said about many players this year). His passing stats are immense. I personally prefer to play with defensive full backs, but hen he does press up the field Digne proves his passing stats, especially the crossing. I've found that poor heading in FIFA this year can be quite heavily linked to the crossing of the player assisting it. The few times Digne has crossed into the box, I scored a header. His good passing stats are also ideal for players who prefer to play out from the back instead of hitting it up the pitch from a goal kick.

5'10" is a very good height for a full back, especially paired with his 96 Jumping. He will comfortably win headers at the post, and generally when your opponent tries a lob through pass to the RW. 80 aggression is enough to fuel this areal ability and a general strong drive to win the ball. Digne's dribbling stats and 3* 3* can be seen as a let down, but they aren't terrible. In all honesty he is semi-weak in this area but he shouldn't be used in this way in the first place. He has good reactions which are ideal for a defender. To the higher end of his defending stats are interceptions, which play a key role. He intercepts any pass he's near to and any loose ball is recovered without panic.

Overall, he is a very well rounded full back. He is best suited as a defensive full back that presses up the pitch from time to time, but he doesn't have to be; he can press upfield and provide width in narrow formations when you need him to, and his stamina and pace with the right chem style allows for a quick recovery. A great value LB in the Premier League, or possibly fitting into a squad with a French CB such as Varane, for the average price of only 170k. He is slightly more expensive, though much better than Robertson's 86 cards. He provides a greater threat in both defence and in the air. He is more physical too. If you want your full back to attack and press up the pitch consistently, then Robertson's 86 inform may just edge Digne as the better option. 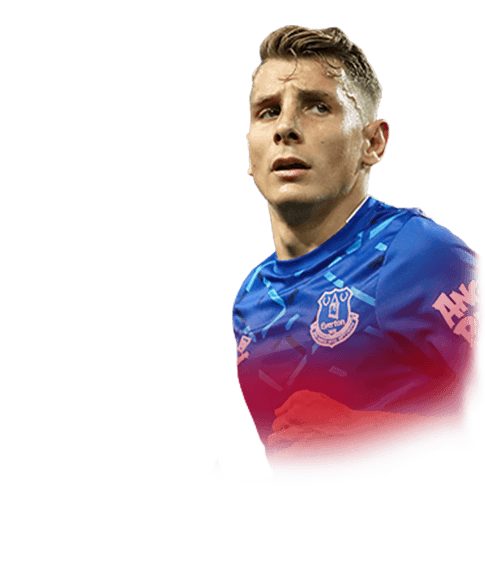 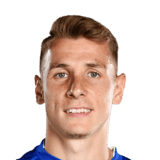 Need a O. Dembele destroyer? Digne is your man!

I have never been so happy about a player in my red picks. At first I thought I would try him out for a couple of matches, but I could not think he would stick in my team for quite some time. He is still there and has not disappointed ever since I used him in my first match. This guy is an absolute Ousmane Dembele killer, he makes no chance against Digne. Also against high tier players such as Mbappé and Messi he's ...
Read full review

digne is the best affordable left back in the game. I truly do not understand how he got a headliner but I am certainly happy he did.i used to use regular Robertson and he was ok but I needed to get a new pl left back, then comes digne. I bought him and immediately knew he was the one. with a shadow he is rapid and has insane defending especially his standing tackle. Also his height really helps with heading. Almost no one ...
Read full review

I needed a last minute weekend Prem LB, so got his gold card with Shadow. He was solid, but was sliding too much when fast jockeying. I started 4-1, then started playing some strong competition so figured, empty half my account and try out this card. The reviews/comments were nearly all very positive, so ponied up $70k w/ a Shadow...He was amazing! Idk what it is, but 2 point differences don't seem lik...
Read full review
0
/600
Update my avatar Dos and don'ts
Top Rated
New
Controversial
Show comments