Having not being able to try his FIFA 19 Flashback, I decided to give his FIFA 20 Flashback a try as I needed a strong link to Messi. I've only played around 15 games with this card, and I already know I'll be using him practically until the end of the game. I managed to complete this card using some untradable SBC fodder lying in my club and coins. With the SBC fodder, this card set me back around 150-200k, which in my opinion is insane value for the card you're receiving. Even spending the full 450k on him I still believe is good value.

PACE - (With a Shadow Chemstyle), Vidal feels absolutely rapid. He can run down attackers while also carrying the play upfield. His sprint speed isn't what surprised me, it's his acceleration. He accelerates so quickly into tackles, and he can get onto loose balls quicker than most meta attackers, it's actually unreal. While he CAN chase down wingers running down the sidelines if he has space, I did notice him getting caught out to attackers when they push the ball while sprinting. However overall, for a CDM/CM he's got to be one of the paciest out there (again with a Shadow Chemstyle).

SHOOTING - Vidals Futmas card for me was a bit of a hit or miss at times when it came to shooting, with it's 77 or so finishing - he scored tap-ins more than anything else. Vidals FLASHBACK card, however, is much more lethal in front of goal. And although only scoring 3 goals in 15 matches (which for a CDM is pretty good), I noticed his shot power makes his shots feel crisp and satisfying. And, although it's only a +5 upgrade on finishing, I reckon he'll be able to finish almost anything for me. His H/H WR means he aims to find empty space when on the attack. With the momentum of him jetting forward towards the goal from the midfield, added with his shot power, he is guaranteed a goal 9/10 times. Don't know about long shots as I haven't used them much this FIFA, but if his IGS are anything to go by, I'd say he probably has a very good long shot.

DEFENDING - This is what I put all my cards into the SBC for, and boy I was not disappointed. This card crunches into attackers, always coming out with the ball. His tackles aren't as consistently clean as I would've hoped - Maldini's tackles being a good example of consistent clean tackles - but his aggression and strength make up for it, he is like a bulldog in defence. He intercepts balls like Kanté, however, I found I can't rely on his AI DEF AWR as I could on Kanté, and then found myself having to manually put him into certain defensive positions.

PHYSICALITY - As I said before, he's like a bulldog in defence. His acceleration matched with his strength, aggression and tackling capabilities, means that in a 1v1, only one man is coming out of the challenge with the ball. Vidal. His stamina is perfect for a Box to Box CM or lone CDM, he can go the whole match finishing still with at least a third of his stamina bar left.

PASSING - Although I've put it in the PROS section, passing has been a bit of a mixed bag. He makes good short and long passes 90% consistently, however, I've found that he has the annoying passing 'bug' where he does a backheel animation instead of passing from the front, usually resulting in weak and inaccurate passes. This aside, his H/H WR means he gets upfield with balanced instructions, resulting in him making a few good assists.

DRIBBLING - His dribbling isn't too much of an issue to be perfectly honest. While jockeying, he is perfect and feels very snappy and responsive with my controller inputs. It's just on the ball where he feels a bit sluggish due to his 79 agility, but his quick reactions usually allow him to make quick turns so I don't have to rely too much on his left stick dribbling. 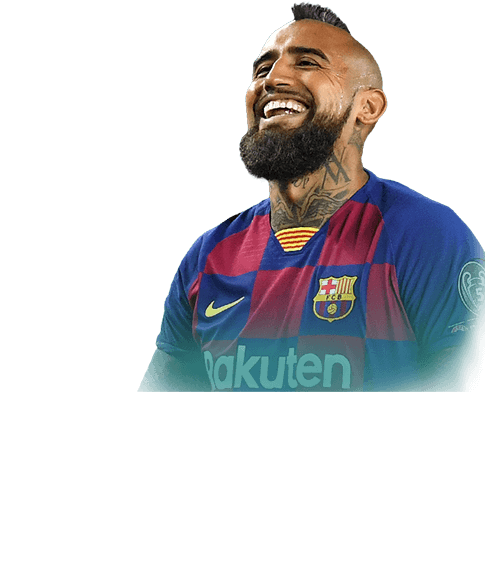 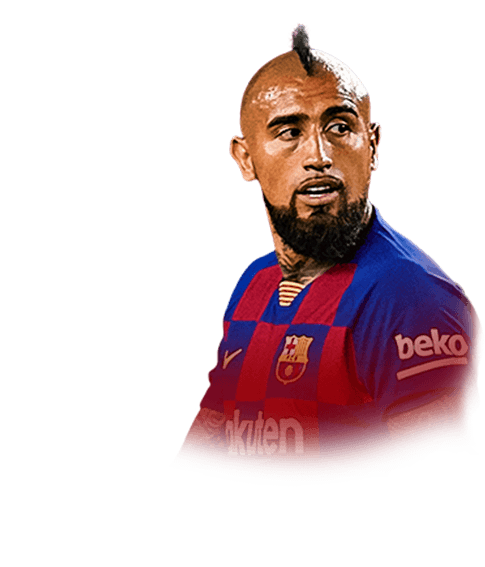 I do not think I am alone in thinking that this year's futmas was a bit of a washout. Started with some massively overpriced SBC's, picked up toward the end, but the choice of player was quite lazy and if it was not for the community crying to Mendy and Sissoko then it would have been a complete dive. However this Vidal card for me has been one I did not expect to have so much enjoyment playi...
Read full review 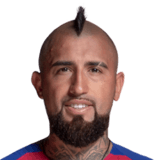 I decided to build a cheap la liga team to play a few weeks with while i was investing and didn't have much. So my first choice as a cdm was Vidal. His pace upgrade is well deserved and boy can you feel it on the pitch. He plays next to kondogbia another tank. Together they literally own the midfield for me. Vidals pace is good enough to catch up with most players in the middle usually it doe...
Read full review

Best CDM in the game?

Wow, Vidal has always been a top player in all my teams. Maybe not the fifa 19 when his pace was to low, but now he is back again! This guy has it all. He can win the ball from anyone thanks to all the great stats he have. He scores, makes assists and win the ball all over the field. Depending on the chem-style he can acually be on every position on the pitch. I use him moste of the time as CDM on 4-2-3-1 (Narrow) to...
Read full review
0
/600
Update my avatar Dos and don'ts
Top Rated
New
Controversial
Show comments