I have a lot of untradeable Ligue 1 players, but I lacked a good right winger, Kalu isn't bad, but he's probably not good enough to start. This looked like a good and fairly cheap option. 86 rated squad with an IF isn't terrible, but i'd rather something like a double 84 rated squad with packs back. Because of the icon sbc, it was also more expensive then it'd normally be. For chemistry, I played a 4-3-3 with the following squad: GK, on 8 chem, TOTT Ter Stegen, LCB, Lisandro Lopez 88, RCB, Alessandro Nesta 88, LB, Nico Tagliafico 87, RB, Youcef Atal 84, LCM, Marcos Acuna 87, CM, Enzo Perez 88, RCM, Houssem Aouar 87, LW, Moments Di Maria, ST, 87 Scocco, and Thauvin RW. I used engine chemistry style. I tried him in 3 different positions in 3 different formations. I tried him at CAM in a 4-1-2-1-2(2), RAM in a 4-2-3-1, and RW in a 4-3-3(2). I played 5 games with him in each position total. My least favorite spot to play him at RW, he is fast and a good dribbler, but he just doesnt have the blistering pace or 5* skills to counter pace, so he was a little ineffective there, in those 5 games, he scored 3 and assisted 2. Next, I tried him at the RAM role and he was getting better, he could cut in and shoot quickly, and he got more central so he was much more envolved in the play. He scored 4 and assisted 4 in those 5 games. Lastly, I played him at a CAM and he was amazing. His passing is wonderful, and he is more than quick enough for a CAM, I also think playing a narrow formation helped him, it is more of a quick, give & go type of play that suits him best, he was envolved in 12 goals in the 5 games at the CAM formation( 7 goals and 5 assists), which is a good return for >200k CAM/RW. He has 90 stamina, so he can play the full match. Overall a fun, affordable, and good card that is definately worth it if you run a Ligue 1/ French squad. All games played in Div 4 Rivals. 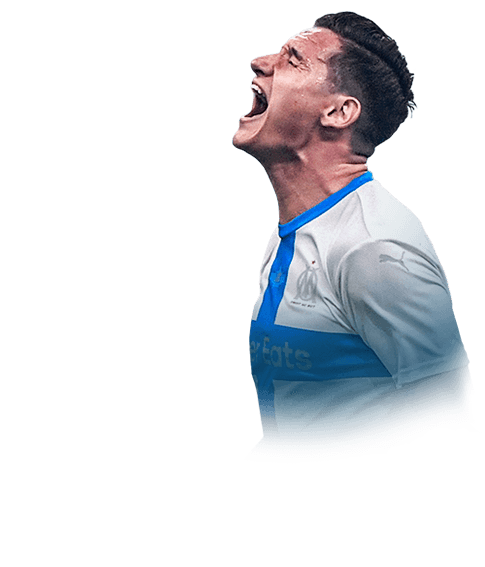 This guy is a beast! Played with him for 15 games now after I did his SBC in order to improve from Ousmane Dembele. Although he has a 3* weak foot; he is amazing as a RM (442 ingame) as he can cut inside and finesse on his left(strong) foot (as he has the finesse shot trait). His near-perfect acceleration stats allow him to be played on an engine which massively improves his dribbling and passing stats as well as maxing out...
Read full review

At the beginning I would like to point out that I made this player for 15k because I had many cards in the club. Florian is a very agile player which allows him to perfectly fulfill the role of a wing.He has very good shots which is confirmed by his statistics. If you have cards in the club and you know how to combine it, do it quickly before time r...
Read full review

I did this sbc for 90k because I needed a better sub.First 5 games were awful for him because I used him as a winger and then I decided to try him as a CAM(he can work great with a deadeye aswell), this guy started playing very well, his positioning was very good and every shot would go in, his 90 stamina is excellent for a super-sub and can last in extra time aswell(in wl). Recommend doing this card for a low...
Read full review
0
/600
Update my avatar Dos and don'ts
Top Rated
New
Controversial
Show comments