Having used both Baby Blanc and Thornsby, I don't think I felt any difference because of their body type. The only difference I felt was with the workrates where Blanc used to stay back a lot but Thornsby goes up but doesn't really help much in attack since his abilities are quite limited. I use him in Div Rivals 3 and I finished G1 with Moments Vidal alongside him. He had 5 assists in 20 games but I wasn't expecting much from him since his main duty was to protect the backline. His main features are tackling and bullying other players but he isn't agile like Kante or WR Cyprien. I'd play him alongside a CDM in a 4231 or any formation where he is partnered with a more agile CDM to complement his bullying and getting the ball back for the team.

For a free CDM in Serie A which already has a plethora of options in midfield, this is a great card. 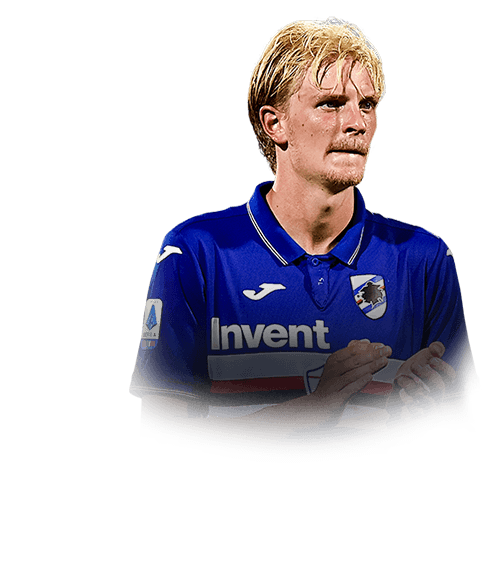 This guy is very good. I used him in rivals div 4 and WL (14-2). I use him next to Essien mid icon who I packed from the mid icon sbc. He is the real deal and worth putting in a team for sure. I play 4231 and have him on stay back while I manually trigger his runs forward. This man is very clean in the box but also his turing is insane for a 6 ft 2 man. Don't hesitate and just get this beast from the season objectives. ...
Read full review

So, this is my first review and the reason for that is because I feel like a lot of people will be looking at this card and wondering if he's the best option this season. IMO he really is, I got rid of baby Rijkaard to fit him into the team and I have not looked back. I play him with a backbone in a 4231 next to Pogba and let me tell you this guy is EVERYWHERE. This is obviously because of his HH WR, but coupled with the 99...
Read full review

This guy is outstanding. At first, I had my doubts about him, but he got me totally wrong. He is simply a monster at midfield, the definition of an all around player. He can do anything - Defensivly he wins most of the tackles, he intercepts passes and his height, strength and jumping allows him to win lots of aerial duals. He's been key in my midfield too, his passing are magnificent (with chem style of artist), and his dr...
Read full review
0
/600
Update my avatar Dos and don'ts
Top Rated
New
Controversial
Show comments