Cristiano Ronaldo is the gold standard for Serie A strikers, but he's also prohibitively expensive for most players. Coming in at just under 600k as of writing, most players will never get the chance to use him... until now. Joaquin Correa is, in fact, the poor man's CR7. For just 96k, a sixth the cost of Ronaldo, Correa offers a near identical toolset to the Portuguese legend.

PACE AND SHOOTING: Packing great on-card pace, I figured he doesn't need any additional boost. This assumption was correct, as he feels rapid in-game. 92 sprint speed is plenty for breaking away into space, and the 87 acceleration does not hold him back whatsoever. The shooting boost from a marksman is perfect for Correa, as it patches both his below-meta stats right up; his finishing goes to a clinical 97, while the sub-par longshot of 80 gets to a solid 90. His only bad shooting stat is actually penalties, which you can just have anyone else take. At the very least, he isn't Penaldo. A 4 star weak foot makes lefty shots acceptable. He also packs the finesse shot trait, which feels fantastic with his 89 curve. Consistently curls his finesse shots and seems to keep a lot of them lower, which is a plus.

DRIBBLING: Absolutely fan-tas-tic. I'm by no means a tekker god, but I'm proficient enough with a skiller to pull off some moves in the right scenarios. You can definitely feel the stats when dribbling in any style with Correa, whether that's pulling skill moves, holdup dribbling, close-control, or just speeding around. His dribbling and ball control are both 99 on a marksman and it feels that way. Balance at 74 feels good for his height. If I were playing him as a CAM I might consider using an engine just to make that even smoother, but as a striker, he wiggles with the best of them. 80 Composure seemed mediocre at face-value, but I have yet to feel like it's let me down.

PASSING: Feels great for a striker. His passing stats are good enough to play as a CAM so it figures they'd be good up top too. He has the flair trait which means reverse ball rolls and flicks are in his arsenal, a very underrated asset for a striker.

PHYSICAL: This is the one area that's up and down. He is NOT an aerial threat like CR7. I know fut20 isn't exactly a headers paradise, but he only scored one header in the games played, and that isn't for a lack of trying. He is good at holdup play, however. His stamina was sufficient to last the full 90 in each game, while playing on press on heavy touch. I don't think he would last if I played constant pressure, though.

DEFENDING: Not his job, nor would I recommend using him as a defender. He has long legs and is fast, so basic pressuring is fine.

Thunderbolt of a right peg with a decent left

5 star skiller in the middle 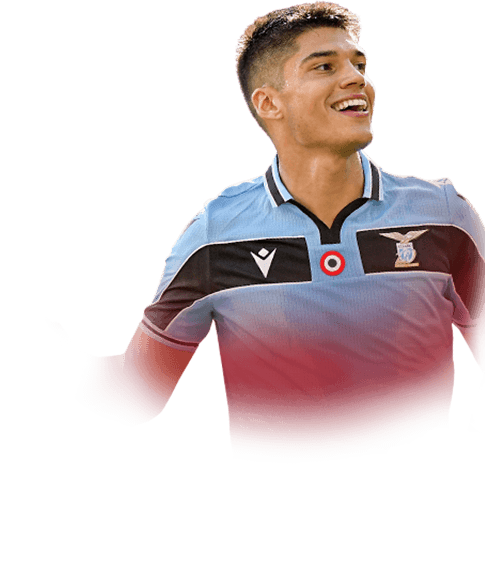 Sorry for my english. First of all I´m gonna say that I´m a normal/bad player who tries to get fun with this game, I´ve finished in almost gold 3 with him (wich for me is great because iI just play for fun). So, I played with normal Son before him, but the korean god started to fail a lot of passes and goals, so I thought to buy another CAM, I look for prices a leagues and then Correa appeared for a very good price (127k...
Read full review

the moment I saw this card, I knew I had to get it. all my attackers have 5 star skill moves, because I do a lot of elasticos. At first I was a bit worried about his balance and finishing, but I gave him a hunter and he is unstoppable. In my first 10 games in the weekend league he scored 16 times. Now I have played 88 games and he has scored 115 goals. I'm a average gold 2/gold 1 player and believe me. ...
Read full review

If you were wondering, I bought this card on hawk, and then checked on Futbin and changed him to a deadeye. He did not disappoint! His balance feels much better in-game than his stats suggest and is a very well rounded card with the deadeye. I played him in a 4-1-2-1-2 formation as a left striker. With the deadeye his weak foot feels like a 5 star instead of a 4 star and I think that's down to the 98 shot power you get with...
Read full review
0
/600
Update my avatar Dos and don'ts
Top Rated
New
Controversial
Show comments