So I decided to do the SBC and picked Gervinho over Esswein, because of his forehead, and because I had used him in previous FIFAs ( not even kidding ). Might've been one of the better choices I had made, because he is awesome. I use him as a super-sub ( usually bring him on around 60-70 min ) , and he just destroys the opponents defense. He has 90 stamina, so if you decide to play him the whole game, he will easily be able to. He can score goals with both feet, honestly doesn't feel like he has a 3 star WF, more like a 4 star. He is rapid, good dribbling stats, good passing. I use him with a Sniper chem style, so his finishing is absolutely world class. I play him in a 4-4-2 as one of the strikers, or the 433(4) as one of the wingers. He is one of the best cards I've used this year, and for the price which you can get him for (~60k), it's an absolute steal.

Strength (can get pushed off the ball sometimes)

Long passing is not the greatest 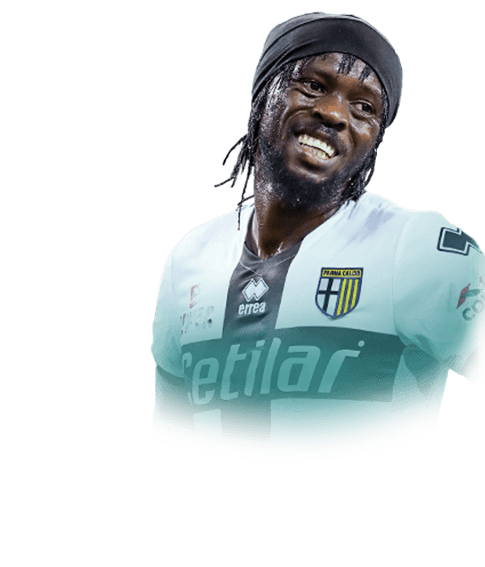 Most of the comments on this card are "the 3 star 3 star kills him" and "why couldn't they just give him four star four star." But I decided to take the risk and complete him anyway because the rest of the stats looked really good; his work rates are excellent. I played him as a LAM in a 4-2-2-2, and he was brilliant. His pace is obviously exceptional. His dribbling is world-class. With a deadeye, his shooting and passing a...
Read full review

So So i did this sbc so i coukd sell my shapeshifter mertens (who is fantastic) brought him into my team on 8 chem in a 451. i play a 4222 in game with him uptop with fut birthday Correa. hes currently on 4 games 6 goals and 4 assists. he feels amazing on the ball. the most broken L1 R1 dribbling in this game, and his pace is just blistering!! if you have the coins i definatly r...
Read full review

I decided to do Gervinho because he looks really good, besides the 3 star weak foot and skills, and he fits into my squad. I completed the sbc for 35k and he was an absolute BARGAIN. I play him at ST in 4-2-3-1 or at LAM sometimes, he can really play anywhere. The first thing I noticed is the pace. Insane. He feels so insane and the ball with super agility and flash-like speed. His left foot also felt pretty solid and it f...
Read full review
0
/600
Update my avatar Dos and don'ts
Top Rated
New
Controversial
Show comments