Sometimes God, sometimes shit. I saw the stats on this card and thought `hmm, seems sick`. The 3/3 shouldn`t scare you unless you rely on the skill moves. The weak foot stars are literally a lie. This guy scored more goals for me with his right foot (weak foot) than he did with his left. He has beast control of the ball, even though his agility and balance lack a lot. No need for sprint runs for this card, you just shield the ball with his beast strength and score headers every game. Best position is a ST for him, if you go with him on a CAM or CF, he will not be able to position himself properly, but in the ST position he is just pure love. Also stamina is a lie. He can end every game with at least 40% stamina left.

+ Shooting - godlike from most positions inside and outside the box

+ He is fucking tall - he falls taller than Ibrahimovic, even tho stats say he isn`t.

+ Satisfaction - for me at least, it is very satisfying to score goals with a 70k striker that is 95 rated in game rather than scoring with the 15 million Ronaldo 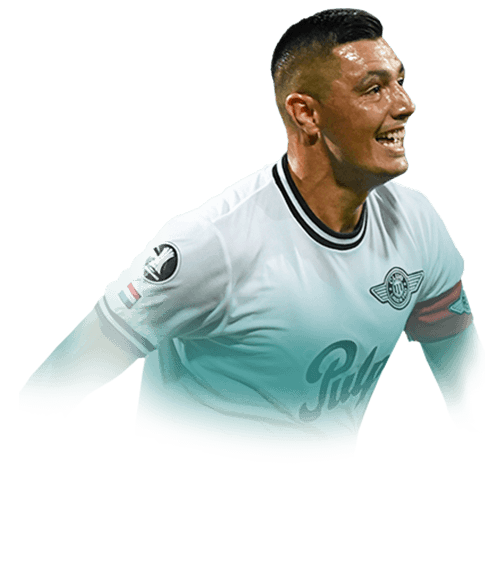 I just create a new account just for do a review of that amazing striker. Guys believe me, he's just amazing. Okay, I will guess what you are thinking right now, a tall guy with no agility, poor balance and bad stamina, also 3 WF and 3 SK, I was thinking exactly the same, but guys, this beast, this freaking beast feels in game like a top icon.
Read full review
0
/600
Update my avatar Dos and don'ts
Top Rated
New
Controversial
Show comments