I didn't intend to write any review this year but I just have to credit the guy that has scored by far the most goals in my club in Division Rivals (Div 3) and Weekend League (normally around Gold 1). I know thats literally not Elite level but I still wanted to stand up for my favorite card of this year so far.

I think I don't have to say much about the combination of pace, dribbling and size which is just unmatched at least in the price range he was available for and has been mentioned by my previous speakers already.

The most surprising thing about this card though and the reason to play him as a striker for me is definitely his finishing. Give him the ball on his left foot (and that is quite easy with the quick first steps that he can make past any defender) and he is going to score a goal in 9/10 cases. No curved or low-driven shots, just a normal shot to the far corner will normally do with this Takefusa Kubo card.

I have only played him with an Engine and in formations with another striker because imo that makes all of his given talents mentioned above flourish even more.

If you somehow still have this guy in your team/club, play him and play him as a striker! 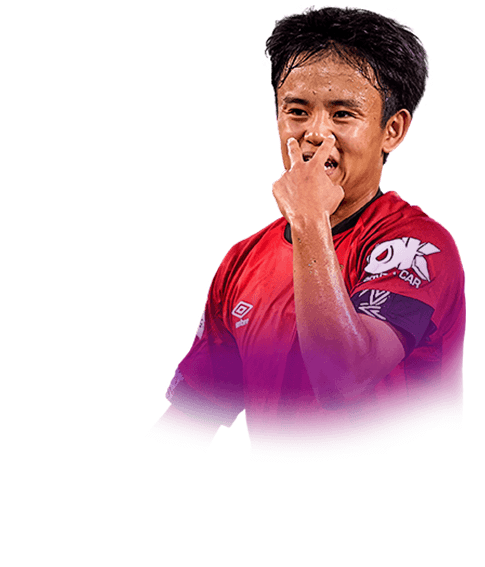