I was a bit wary of getting this Sahin card as it was just before TOTSSF and I didn't want to use my high rated players in any SBCs. But I decided to bite the bullet and get the card and it was not a mistake at all. I play him CDM in a full bundesliga team with a shadow chem style and he feels insane. I play him alongside Kimmich (PM) and Brandt (TOTSSF). I am a div 4/Gold 1 player and he helped me so much in my last weekend league to get 17-7.

With a shadow chem style the pace is not a problem at all. His acceleration is very good and he can keep up with players like Ben Yedder.

His shot power is incredible, which you would expect and his longshots are also very good. He doesn't always score his shots but his shots are too powerful for the qoalkeeper to catch so you can get quite a lot of rebound goals. However, his finishing inside the box is quite poor.

He never misplaces a pass and can pass with both feet which I feel is very important for a CDM.

He is a very good dribbler and rarely takes a poor first touch or a heavy touch when he is not told to.

His defending I feel is much better than moments Gattuso who Sahin has now replaced as Gattuso was too slow and his passing and dribbling ruined his card.

In a few of my FUT champs games I went to extra time, but didn't find Sahin's stamina to be a problem as I have him on stay back while attacking. His strength is very good and he often out strengthened strikers such as Ronaldo, TOTY Mbappe and Stoichkov.

Overall I would give this card a 9/10 and would definitely recommend getting him if you have a bundesliga team or lots of icons in your team. 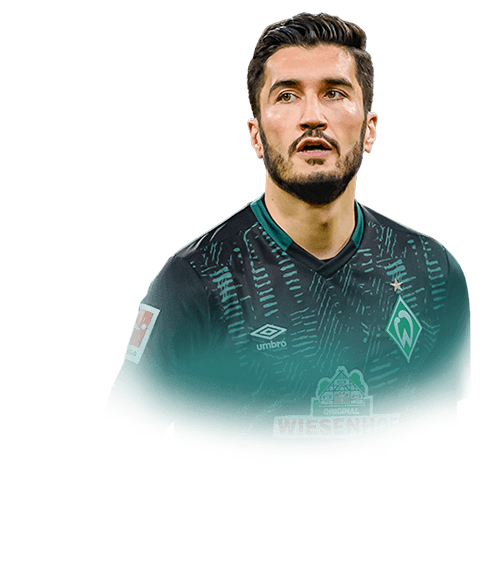 Review for Sahin as LCDM in 4222 and 4231 on shadow with balanced attack alongside a stay-back-Fernandinho.Skill-Level: 22 Wins in WLSahins stats in 30 WL games: 8 goals 13 assistsPace (7/10):His acceleration is on point with shadow chemstyle, but the topspeed is still an issue for me sometimes when my frontline is defending aggressive and space is opening up for ...
Read full review
0
/600
Update my avatar Dos and don'ts
Top Rated
New
Controversial
Show comments