Having saved all my packs for the community TOTS, I was happy to pull Godin (untradeable) last weekend. I threw him in my squad for Weekend League alongside baby Hierro and was pleasantly suprised by his quality. With shadows over 20k on the market and Godin already at 95 base defending, I opted to go with a catalyst chem style for the +10 pace boost and the passing boost. With 85 pace (catalyst), Godin is just fast enough to deal with the speedsters up top, although several times I was willing him on to get an extra step. In all though, the 85 pace is just enough. In terms of defending, he steps perfectly and has great interceptions. He almost never got caught out in the open field and led my team in tackles. With 97 strength, he wins nearly every ball in the air. I did notice a boost in his passing as a result of the catalyst; his passes were laser-guided and pinged right to feet. Dribbling was average and shooting is a negligible factor. If you are running a Serie A squad or looking for a cheap CB, this card at 80k is a steal, even if he may be outside the meta. My personal highlight with him was playing a guy who was much better than me - nearly the entire game was played in front of my goal, and even though I lost 2-1 in ET, Godin won MOTM as a defender with 6 tackles, at least 3 or 4 blocks, and a goal-line clearance. The heart of Uruguay's defense was rock solid for me all weekend. 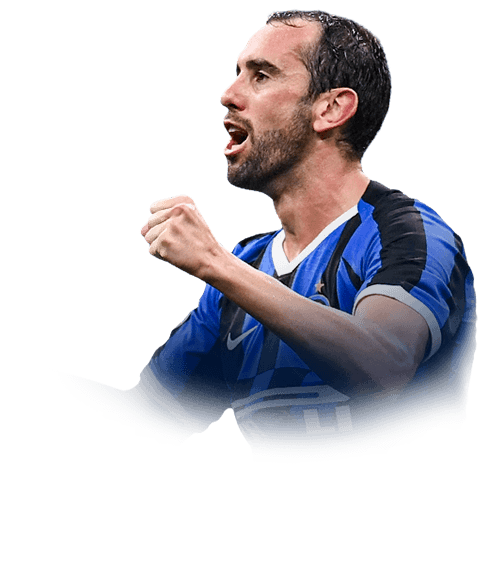 I bought him during the weekend league and if wasn't for him i would have done silver 1.With him i do elite 3.He saved my squad and he stopped Cristiano Ronaldo toty and Mbappe toty. Amazing.I put on him shadow and he reach every single ball.The agilty and balance are not a problem for this card because he have a lot of strenght and aggression.Very good the short passing and nice the long ...
Read full review

Godin when playing at athletico was one of my favourite defenders and still is. It was a shame to be so underwhelmed by this card. Looking at his stats I was expected a hard hitting, agressive and solid centre back. Considering he is 6'2" with 97 strength I was expected a physical presence who just bodies attackers. Despite he lack of denfensive authority he was very composed on the ball with exceptional passing. He felt q...
Read full review
0
/600
Update my avatar Dos and don'ts
Top Rated
New
Controversial
Show comments