I know that that is a big statement but honestly its true. Never have i ever used a better attacking centre back. He has the agility to weave through defenders in the box, the pac to knock the ball forward and run past 4 defenders and then the finishing ability to score magnificent goals. And then if he doesn't score he has the 99 stamina to sprint backand take out a couple of defenders. He also has 4* Skills which are very, very useful indeed. Although the top voted chem style is Guardian just trust me and give him a sentinel his dribbling is already insane and the extra jumping and strength does come in handy in rivals especially with all of these op Strikers coming out due to Totssf. But yeah his literally only negative is his 3* Weakfoot which only matters when he goes to Shoot with his Left foor from range but up close he is unstoppable. He is one of those Rb's that you just give the ball too from kick off and just sprint down the side cut in and score in two minutes on rivals honestly the rage quits becuase of him were insane. When i first saw this card i got him right a way back when he ws worth like 140k and cost me about 60k due to the packs but now he is only 80k to complete so he must only realy cheap to do right now. And even though he has a H/L workrate he still gets back in time to cover his position after an attack and if not my cdm would cover him. But yeah great all rounder RB especially for those more attacking style players. definetly get him in your team. The only problem some may find is links, what i did was either use a messi and play him on 7 Chem, (still beast) Or do the Conmebol Libertadores SBC and get Lopez who is also a god especially with Shadow and he doesnt need full chem just 8 will do. 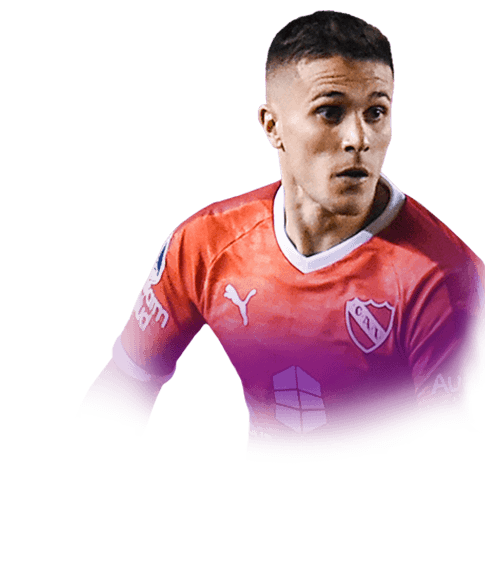 Best Rb i have used this fifa!

Before him I had Hateboer shapeshifter, but I always thought that he was too expensive for a right back, so I look at this card and I saw that it has amazing stats, so why not try him. I made the sbc for 30k (Great price for this card) and then it was just pure magic. I like to make reviews, but I will go directly to the main points:Pace 10/10:Incredibly fast! Is one of those players that will frust...
Read full review