I played against him in fut draft and wanted to try him out. I was really worried about his 3 star weak foot but come to my surprise it doesn't matter. His positioning is without a doubt the best you can get on this game. It's better than George Best's positioning and everyone else. He always positions himself on the right side as a CAM which lead you to simply HAVE to turn left on to his strong foot and easily hit a goal. He also turns very well which helps. His finesses are amazing even though he doesn't have the finnesse trait his 92 curve replaces it. I played him with a hawk which boosted his speed and he was very fast but not Kent or moments Ronaldinho fast......BUT he is close to that Ronaldinho dribbling. I would say that Zaha and giovinco's left stick dribbling is better than odegaard but his right stick is oneof the best. i noticed one very irritating flaw which was his strength. Honestly i've seen Litmanen fight for the ball more than Odegaard. I wbut it is extreouldn't say his longshot finesse was like Del Piero's but itis EXTREMELY LETHAL. His long shot, shot power and curve stats shows you he is a god but if he had that juicy finesse mans was bout to break the game and every fu***ng p**sy would somehow find a way to pair him with Ben Yedder, Neymar, Mbappe, Kent and Traorè. His passing was also very good but again not like KDB. With a hawk he can still fight when on the ball but he's the biggest CAT when it comes to off the ball.

and the one and only absolute best POSITIONING in this game 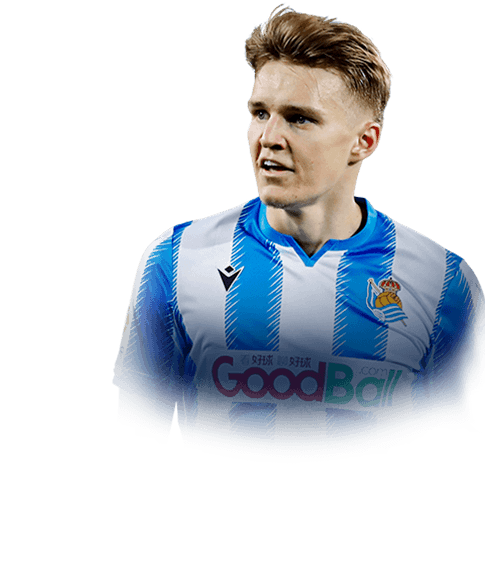 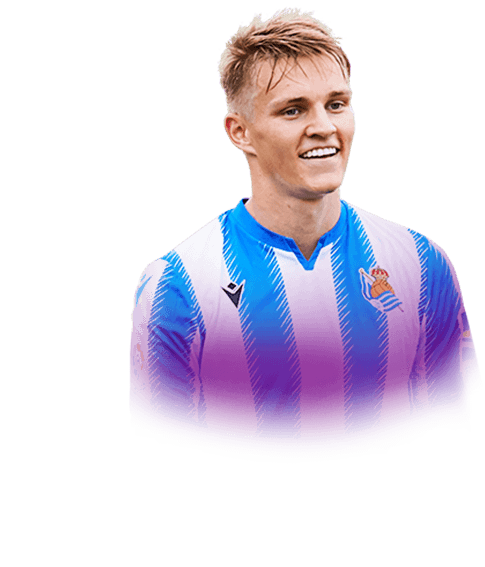 The best CAM I’ve ever played!!!

His dribbling is something unbelievable. No one can stop him(Van Dijk TOO). His finishing isn’t the best but how beautiful are his long shots and finesses???? I’ve played 15 matches and he has 34 goals! Insane player!!! About his pace: he isn’t the fastest but with his dribbling he doesn’t need it.
Read full review

When La liga totssf came out the only one player in my price range was interesting, Ødegaard. I played fut champions with him at ram and let me say I played the worst fifa I have ever played this week. The connection was trash I got Silver 1 . Ødegaad was the star player for me this week without him I would have lost so much more gam...
Read full review

So, i packed this guy in my Laliga guaranteed TOTSSF and my first thought was how the hell i was going to put him in my premier/french team, so i decided to change my hole team so i can use this card properly and oh my god with this boy.
Read full review
0
/600
Update my avatar Dos and don'ts
Top Rated
New
Controversial
Show comments