I completed this card hoping for some form of a surprise, i'm still unsure whether this feeling has been satisfied or not. First things first, pace. Quaison definitely maintains the ability to absolutely leg it past defenders, however it takes him a few seconds to properly get going (despite the 95 acceleration, boosted to 99 with the correct chem style). This perhaps could have been as a result of the 94 strength (99 with the right chem style) that the card possesses. This is why I have given this card an 8/10 for pace. Next, shooting. On his right foot, the vast majority of shots are thundered past the keeper. However, the reason I have only given this card a 6 for shooting is of course due to the weak foot and work rates. The 3* weak foot present on the card makes Quaison very predictable if your opponent knows that he is very much right footed. Much like other 3* weak footers, such as TOTSSF Adama Traore and TOTSSF Antoine Griezmann, his weak foot is extremely unpredictable. Given that this is that case, I almost always tried to shift it onto his strong right foot as a result. Furthermore, the medium, medium work rates continue to shoot this card in the foot. Typically I make sure that my strikers have either a High attacking work rate, or at least a more attacking than defensive set of work rates eg. medium low. Playing this card as a lone striker would be frustrating as, despite the 98 base positioning, Quaison goes missing. It felt as though sometimes he was lagging behind the rest of the team, as he wasn't making the clear and obvious runs when I needed him to. I should also mention that despite instructing him to stay forward, he floated back into midfield needlessly at times. The 90 composure also helped when he got onto his right foot, as he did not seem to panic or hesitate whilst taking the shot. In terms of passing, there is not much to say about this card due to how passing works (or doesn't!) on this game. It was average, and as you would expect. The fact that his work rates caused him to float about cluelessly more often sometimes gave me the opportunity to play balls forward. Other than that, not much else can be said. Quaison's dribbling was certainly one of the more impressive aspects to this cards game. As he found himself in midfield sometimes, he was able to carry the ball forward using his amazing dribbling, as well as his pace and strength. The 90 agility and 91 balance seem obviously present, and his left stick dribbling is definitely up there. As I needed to get him on to his right foot for shots, his dribbling came in handy, as he manages to exit drag backs at a good speed allowing him to get a shot off more quickly than not. The 95 ball control may also aid this. Finally his physical stats. The jumping wasn't a massive issue due to the fact that heading doesn't exactly work on this game, however if you are looking to play it over the top for him to knock it down with his head, he is not your man. The 66 heading accuracy doesn't benefit this either. The two extreme positives to his game happen to be his strength at 94, and his stamina at 96. He may have felt stronger has his aggression not let him down as much as it has, however he was still able to body defenders left, right and centre. Quaison's stamina is as you'd expect at this point in the game cycle. Anything below 90 has to be classed as iffy (unless you are referring to a sub).

Shooting (on his right foot) 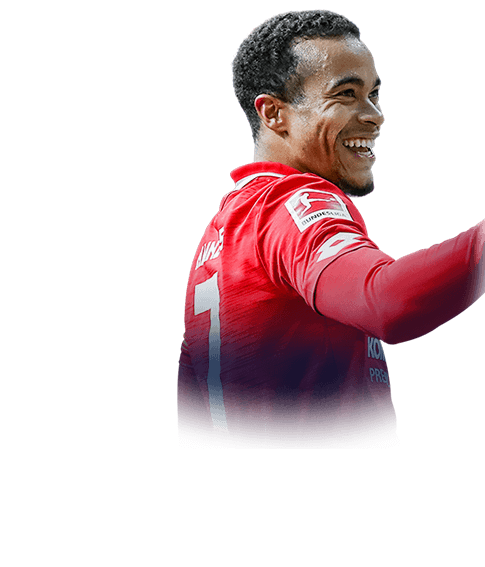 This review is after 15 games and i used a BASIC chem style.Okayy let me start of by saying that this sbc is really really fairly priced. For around 140k you get an amazing card. the 3*3* is a bit annyoing but tbh if it was 4*4* then the sbc would be double the price. now into the card. PACE- Quaison is rapid. really quick. He will get past any defender with ease. Paired with his dribbling stats, hi...
Read full review

What i expected lewa and most tall players to be

Put a hawk on him .Stay central ,get in behind and aggressive interception. He works in all attacking positions and formations .That's all you need.I play in div 4 and finish in gold 2.in detail I love Robert Lewandowski to bits but this game isn't designed for tall players.I tried all his versions .I put pacey players around him .It didn't feel like Lewa. Headers are part of football .This game too...
Read full review 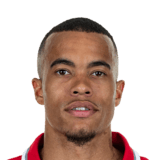 Hey, you will need to know that I´m a RTG player, i don´t invest in FUT and this is my 1st review. I played with Quaison quite a long time, not only because he is from my favourite Team (Mainz), but also because he looks quite good seeing his stats. I played him as a LW with a catalyst chem style in a 433 (4) and he was surprisingly good: good amount of pace, nice passing and shooting, has good stamina and a lot of physic...
Read full review
0
/600
Update my avatar Dos and don'ts
Top Rated
New
Controversial
Show comments