I have been looking for a striker replacement for my moments Jovic for a little while now. Although he has been an amazing card for me since I got him, he is starting to have trouble against the top tier defenders that have recently been added to the game. When I saw this Kamada card I knew he could potentially be the striker I was looking for.

First off, this guy is an absolute steal for about 100k. Compare his stats to mid R9 (who is 6.5 mil on PS4) and you will see what I am talking about. No question this card is the best valued sbc to come out all year.

In game he is an absolute animal. He sprints like Mbappe, shoots like CR7, distributes like KDB and is in my opinion just as good on the ball as Neymar. He can do it all from any position and he has the 4 star, 4 star thanks to a skill move upgrade from his base card. With an engine chemstyle this card competes with some of the best attacking options in the game.

In the 15 games I have used him he has destroyed my opponents defenses with his versatility and all around fantastic stats. In many ways he feels very similar to Heung Min Son, so if you like Son in this game you will like Kamada. If you are considering completing this card, stop reading this review and go do it.

Shooting - He scores everything on that right foot and has a left foot you can trust. The 97 composure combined with meta shooting stats works wonders.

Passing - With an engine applied his passing in elite.

Dribbling - His agility and ball control feel insane in game. The ball is glued to his feet and he weaves past defenders with ease. I was pleasantly surprised by how good he moves with the ball considering his height.

Stamina - He stays at peak performance all game. You don't have to worry about sprinting with him too often to cut passing lanes or apply pressure on the opposing back line.

Weak Foot - I am almost convinced he has a 5 star weak foot. I can't remember it ever being an issue in game and you don't have to really worry about getting it onto his strong foot.

Volleys - you will notice that his volleys suck. He probably missed 2 or 3 sitters for me because of this. Make sure to keep passes to him on the ground if you can.

Strength and Aggression - his one drawback is he feels a little weak. It isn't terrible, but don't expect him to be able to out muscle defenders 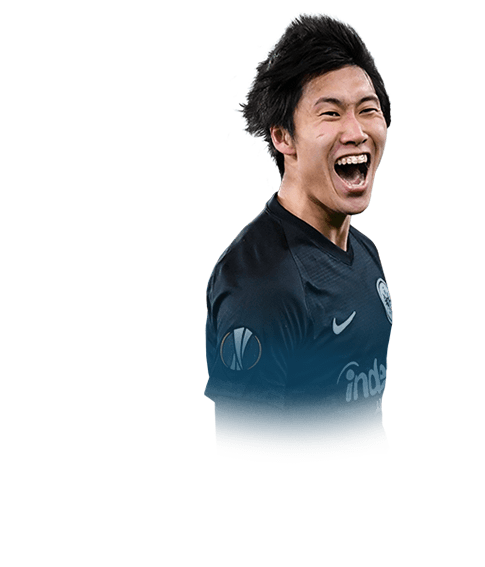 So to start this off, im the normal gamer in FIFA, im Gold 3-2 player Div 5-6. This is my first review so dont blame me for bad english or anything im form Germany so thanks :D. As soon as i saw this guy i knew i had to complete him, as i was searching for a new Striker after my 89 Werner didnt score anymore, so i instantly did him and he is AMAZING. i played him at right striker next to ben Yedder (dont blame me i got him ...
Read full review

Did this sbc straight away despite it being expensive than it should(considering its almost the end of fifa 20), I was just so tempted to try out the card. It just looks really good!I played him as a ST in a engine chemistry style, his pace, dribbling, shooting is fantastic! He's always in a good position to shoot or to create a goal.His agility oh man! Felt so smooth! His right foot is amazing, always managed...
Read full review

The most surprising and fun card so far!

To start with if you're considering this card just do it, compare his stats to the 'similar cards' at the bottom.So, as we're coming to the end of the Fifa cycle i stopped caring about coins and just try players which are fun to use. I got red muller from the TOTS which he is decent but this card is just on another level! I use him with an engine chem style as you don't need to touch his shooting stats, he...
Read full review
0
/600
Update my avatar Dos and don'ts
Top Rated
New
Controversial
Show comments