As an introduction, Houssem Aouar is my Olympique Lyon favorite player. Knowing him since he was younger and played in AS Tonkin Villeurbanne.

Therefor this card is logycally one of my most expected of the whole year, this is why I play FUT, to make the and game best Olympique Lyon team ever (Past and Now Glory with players like TOTS Fekir, TOTS Benzema, PIM Essien, History Umtiti, Rafael FB, Lacazette FB, TOTS Memphis... tears in my eyes, this is a beautiful and lovely team !)

Pace : you can truly feel it in game. His 87 card was a beast, but with that one, oh my god... ! TOTS Richarlison accelerating in front of the box ? No big deal for "le Houss" Aouar, he will go faster and take the ball. You are somehow counter attacking and Aouar is the man to pass the ball to ? that's fine, he will out run the opponent CDMs (of course, TOTS Wan bissaka and reguilon will eat him, we agree, yes, i saw you come)

Shooting : I didn't score that much goal with Houssem, but the few I did were out of the box finesse shot goals. They are so wonderful, this is his specialty, his competitive advantage, his "savoir-faire". Thought on that finess shot goal he scores against FC Marseille when he had gastroenteritis and fever.

Passing : This is the side that made me fall in love with this card, so enjoyable. I played 600+ matchs with TOTY de Bruyne who has 99 Passing, I can tell you Aouar passing seems waaay more accurate. Long pass while opponent is pressing in endgame ? That's fine ! Depth pass along the line with a courb that will drive the LB/RB into a spectator ? That's fine ! 100% accuracy of short pass ? He gets 105%, That's fine ! Extra thing I loved is, when he seemed to pass on his left foot, He managed to quickly get on his right foot to make the POAT (Pass of all time), this is so satisfying.

Dribbling : What can i say lol, stats speak for itselfs. Turns like a tornado, if your opponent is like that famous bus parked in his box, just leftstick with aouar waiting for the last pass. If your opponent comes with 2 players on you, same thing ! juste annoy him with some leftstick + a scoopturn & stop and turn and the 2 defenders will become a souvenir to Aouar.

Defense : His stats seem to be low compared to good CDM (Allan FB for exemple who is paired with Aouar), but his agility, reaction, and acceleration make him like a boosted kante. Jockeying makes him again harder to defend. Imagine if his Aggression stat was 95 instead of 88, would be hell of a beast.

Physicilaty : You appreciate the stamina, a great +, and aggressivity is good as well, even if it is a bit average in this endgame FUT. Do not hope to get the ball on a 6feet shot or a corner, he is not tall enough and cannot jump that good. But you guess he is not the player you need to score on a corner. You can also notice a lack of strenght (accurate compared to IRL), if PM Ferdinand or TOTS Varane, or all these endgame defending truck, chase Aouar, he can fall very easily, this is sometime annoying and make you lose the ball quickly.

Value for money : He is 240k right now, I'd say it is not expensive at all at this stage of the game. Can guess he would be 2x more expensive if he had 4wf. 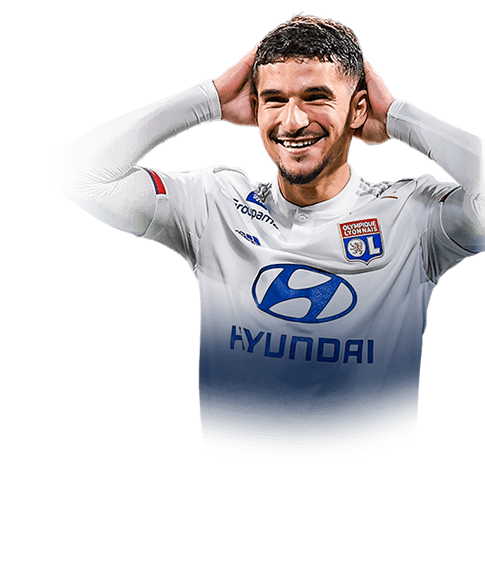 After writing my MeMphis Depay review I wanted to show the guy behind his succes. The man, the myth, the guy with a name so short but still so difficult to write: Houssem AOUAR!!He was the engine (but yes I used hawk on him) behind my man Depay. Houssem played CAM in a 4231 or a forward going CM in 41212(2). I started him as a CDM, but his workrates didn't really wo...
Read full review 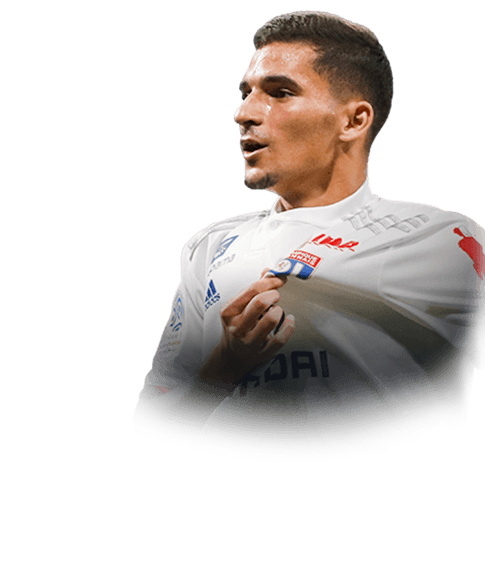 The chioce between Aouar and Anderson was a fairly easy decision for me, since there aren't any good french cdms in the ligue 1. I put anchor on him, although sentinel may be better, I had an anchor and didn't feel like buying a sentinel. I play him at cdm in a 4-2-3-1 next to FUTmas Thiago Mendes and the two play very well together, Mendes sits back and lets Aouar venture forward where he is such a good playmaker. He is ve...
Read full review
0
/600
Update my avatar Dos and don'ts
Top Rated
New
Controversial
Show comments