Let me begin with Salah hasn't always been my favorite player alongside Virgil and bobby and I do feel ashamed as a Liverpool fan because I've been calling him overrated due to his inconsistency IRL. This summer I crossed the pond just to travel to Anfield as I've been supporting Liverpool since I was 12 along with Ac Milan. I watched Liv V Ars and Salah was absolutely magical so he became my hero and my new favorite Red. I had told myself "he's gotta be the first big player I buy" and sure enough (if we forget about that sterling I bought and sold for 30k profit and played 10 games with) he was!

Now for my review, when I say I honestly don't doubt this being the most OP card in the game you can genuinely trust my say in that. I first tried him I draft and I fell in LOVE. He would come on at the half due to chemistry and would outscore the Cr7 I had on for 90 Min in only 30 min.

In that draft, I got to use Ronaldo Neymar Sane IF Kdb and some other great players but MAN Salah stole that show and allowed me to win it all, you can compare him to Mbappe which is probably his biggest competitor. I know some people might not take this review seriously but I am telling you from someone who likes to build up then send my striker in behind he fit my playstyle like a glove.

Pace- Rapid, quickest off the blocks no defender is going to catch him but he is definitely not the type of player that will blaze past the entire team, keep in mind this IS his best attribute.

Shooting- So, finishing, it's immaculate if you hold down the right bumper (R1/RB) on his left? goal every time from absolutely anywhere inside the box, on his right though. Not always, but he will let you down. Fortunately, this is his only drawback due to headers being absolutely dead. But long shots are really good when I do take them and the shot power is good Enough with a Hawk. P.s, volleys are alright and he takes my pens and hasn't missed one yet.

Dribble- WOW, will chop up even Virgil, and the 91 composure? His 89 dribble feels like 98.

Passing- I expected everything from Salah I've said on the list, but this is what surprised me. His short passes are so fast and accurate he rarely gets intercepted. His through balls are above average but not really anything to write home about and the heading is bad on everyone this year except CR7.

Defense- Used to be a Lb when he was a teen, and his defense stat is actually pretty good for an attacker he does get the ball back for me a decent amount, however fun fact he is leading the premier league in balls won in the final third.

Physical- I believe he deserves a bit more strength because when he doesn't dive he actually hold the ball off really well even from stronger backs, but it actually still decent in fifa and he will combine his pace and physical to get past and will body the odd Jordi Alba and Marcelo of course.

3 star weakfoot isnt unusable but its there 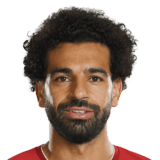 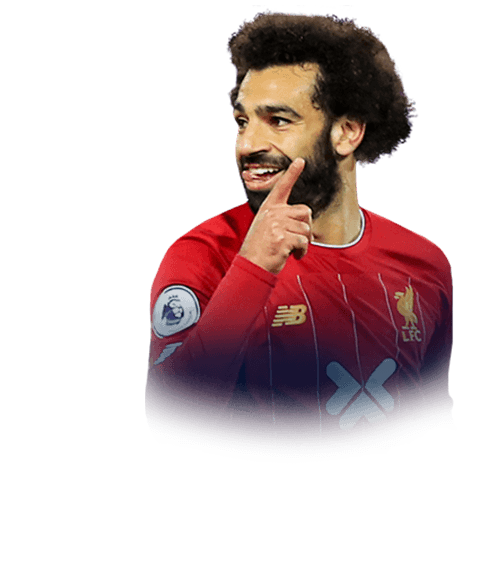 To start, I was just hoping for TOTY Mane to drop so i could pick him up and use him this weekend league. When the team came out, I saw Salah 97 had similar stats to Mane, and personally I get more satisfaction out of left footed players. I was lucky enough to pick him up for 1.4 mil at the start, and after only 10 games, I dont see myself taking the money on him (at the time of writing, he is about 1.6). I am an elite pl...
Read full review 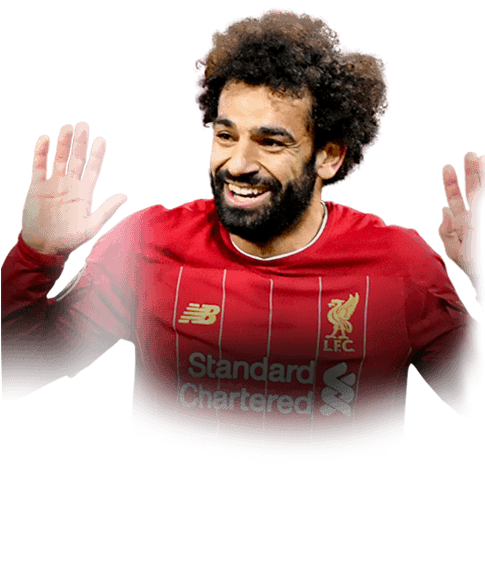 Mo Salah Running down the wing!

Here we go. This year I had not really tried Salah but thank god I did. I didn't get a chance to try his normal card but after opening at least 100 player picks I got him. I was surprised and didn't know what to expect so I was quite excited.I started him at ST and swapped to RW depending on how I was playing. His first game was a ok but I started him at RM not knowing I was yet to unleash the demon. Next ...
Read full review

Let me start this review off by stating I am a United fan, because i am going to sound like a Salah fanboy in this review.I packed Mohamed in a 2 Player pack and my whole room came down. Mo Salah is an absolute goat in this game. He took me from an Average FUT Player to beasting it in Champs. He can carry the entire club on his back and change a draw to a win, or a Gold 1 to an Elite 3. Here is a quick review on the ...
Read full review
0
/600
Update my avatar Dos and don'ts
Top Rated
New
Controversial
Show comments