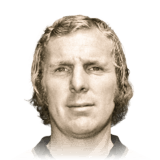 Screw the META, this guy rules

I'm a distinctly average FIFA player: I average Gold 2/3 when I do the weekend league; I watch episodes of the Simpsons while I'm playing and get occasionally distracted and give up an easy goal and laugh about it even though I'm mad; and reading about the META approach to playing this game goddamn EXHAUSTS me. I like using players I like for one season or another and can afford, and Bobby Moore's mid icon card for 5 swap c...
Read full review
0
/600
Click here to verify your account in order to comment Update my avatar Dos and don'ts
Top Rated
New
Controversial
Show comments