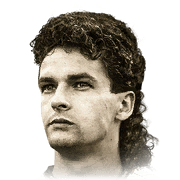 -
Sub out
Upcoming Matches
P. Chemistry
Squad chemistry
ST
84
RW
89
LW
89
CF
88
RF
88
LF
88
CAM
90
CM
83
RM
89
LM
89
CDM
63
CB
51
LB
62
LWB
67
RB
62
RWB
67
Reset
Basic
Sniper
Finisher
Deadeye
Marksman
Hawk
Artist
Architect
Powerhouse
Maestro
Engine
Sentinel
Guardian
Gladiator
Backbone
Anchor
Hunter
Catalyst
Shadow
Comments
Reviews
0
/600
Update my avatar Dos and don'ts
Top Rated
New
Controversial
Show comments
Top Reviews
Only logged in users can submit a review
A review must be written in English
At least 200 characters are required.
Compare this player to other similar players you have used(optional).
If you import your club to FUTBIN or send us an image with the player data(fill the form below) your review will be marked as verified.
Include what you liked about the player in the pros area and what you disliked about the player in the cons area.
Your review will be manually checked during the next 24 hours.
Chem Style Used
Formations
Position
Rate Player Base Stats (1-10)
Pace
5
Shooting
5
Passing
5
Dribbling
5
Defending
5
Physicality
5
Most Used In:
Submit Review

So, my older brother was a huge fan of this guy, he had a book, in his room, all about this dude, last year i didnt get to use him, but i managed to scrap some coins together this year.

Initially, he started out on a CM position, and i quickly realized that he could do the job in front without trouble. He is very fluent on the ball, and 4* WF is no joke.

He does have some minor weakness' which is his ability in the air. other than that he is complete. he has med/low workrate, which initially spooked me a bit, but you wont feel it.

He has 61 str, but thats fine, as long as you keep your opponent 1 step behind you, and his 5* skilz is more than enough to do just that. 73 shotpower is a joke, but you wont even notice, he has plenty of goals outside the box, (the finesse way). he has 75 stamina, which is okay, i gave him the instruction to stay forward at all times, and he's never been subbed before.

And last but not least, his passing!

-Ability in the air,

I decided to go with baggio because I needed an icon CAM to link my hybrid squad together and I am a huge fan of how he played in real life. The first couple games I played with him I put hunter on him as a CAM and I wasn't too impressed. He got muscled off the ball easily and he seemed clunky whenever he received the ball. I decided to make a conscious decision to put a deadeye on him and not rely on pace and take on defenders but instead use his great passing stats to set up teammates and use his 96 positioning and 95 finishing to make him a lethal CAM. Once I stopped trying to consistently take on defenders and slow things down a bit he became an absolute show-stopper. His long and short range finesse shots are insane with deadeye, and his passing is elite. He still has the 5 star skills and 4 star weak foot so he can dribble defenders when the time is right, but he really excels as a playmaker behind a striker who can make good runs.

He has been crushing it in WL and div 2 for me over the last 10 or so games and I can't wait to continue using him, he really makes the game fun again. He is a joy to use and his crazy mane of hair flopping around after scoring a long range finesse shot is just a thing of beauty to watch. For about 500k I think he is a steal, you just have to make sure you use him correctly, don't try to abuse the 5 star skills every time, just be patient with him and use his passing and shooting stats to let the goals flow.

Balance can be slightly off at times

After I had packed De Bruyne at the start of the game I was pretty contended about my CAM position... But 2 weeks ago I was lucky again and again packed an untrade CAM...Baggio.

First I was a bit unsure about if I should even play him because I liked De Bruyne pretty much, but through his linkablity und his pretty nice stats I gave him a try.

In thr first 50 games I was not very satisfiad about him because I was not applied to play a weak and fast CAM... So his statistics were not very good. 50games 20 goals 20 assists.

Bit through the last weekend leagues and Division Matches I learned to appreciate his player model and I could increase his statistics immensly.

As a comparison I have to say that the Vukohila guy is a pretty nice player for people wo have too much money in this game or for guys like me who packed him, but ther are so many other players on this position that can perform the same way for half the money.

Although I can recommend him for a fast playing style and if you like it if the CAM often takes over the striker position.

Just give him a try.