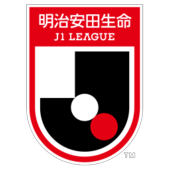 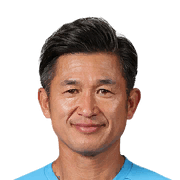 If you're like me and have an interest in using obscure players in FIFA, then I'm sure this guy caught your eye right away. Of course the first thing that stands out to you is his age as he is 53 years old. But the question is, can King Kazu actually do anything in-game?

The answer to your question is yes, yes and yes. Wow this guy is so fun to play with, seeing his card pop up with 25 pace after scoring a goal gives me so much joy, just imagining my opponents reaction. This is not to be toxic, I just find it funny more than anything. But not everything is sunshine and rainbows.

Pace - Let me tell you, this guy can not run, wow makes sense right. You may as well just walk with him or get lucky with skill moves, such as step overs.

Shooting - I find his shooting to be pretty good, paired with the Finisher chemistry style, he can score some beautiful goals with either foot. The 4-star weak foot comes in very handy.

Passing - I prefer not to speak.

Dribbling - Is decent due to the Finisher chemistry style boosts but do not attempt a roulette with him, unless you want to give your opponent a counter attack.

Defending - He has Low/Low work rates, move on.

Physicality - King Kazu can hold his own on the pitch definitely, in and around the box he can shield the ball well with his strength.

Overall - He is a joy to play with, although I am not using him in the highest divisions (Division 7) I still managed to score loads of goals with him against top 5 league defences. The way you want to play with him is by doing one twos with your opposite striker (Kagawa) in my case and also use the wings. You need pace on the wings or you don't stand a chance.

I definitely recommend trying him out as he is a legend of the game.

Decide to play an all Japanese Fut Champs weekend after seeing a few youtube videos of King Kazu. First game went down 2-0 in the first 10 minutes. Thought about abandoning the project as this card seemed awful. But then craziness happened. My 72 rated goalkeeper made over 20 amazing saves, and in the 82nd minute, I tried a desperate through ball with my CB. With absolutely no stamina, King Kazu out sprinted FS Reece James and hammered in a goal to make it 1-2. Then in the 90th I booted a desperate cross in to the box and witnessed one of the most spectacular goals I have ever seen in FIFA - a bicycle kick from King Kazu after putting TOTY Van Dijk in the dirt - with zero stamina! Simply amazing. In extra time my goalkeeper continued his unreal performance and in the 120 minute, King Kazu with a shot from 25 yards out while shielding off Moments Seedorf...top corner!

Most games went likes this. I would get completely dominated and go down 2-0 very fast. But in the end, these boys would score sublime goals. Almost all of his goals were in the 80+ minutes when he had zero stamina

This card made me understand how FUT Champs works. It's not about scoring goals early. It's about setting yourself up to have the momentum at the end of the game. This card was abysmal for 80 minutes and then a he would become absolutely dominant.