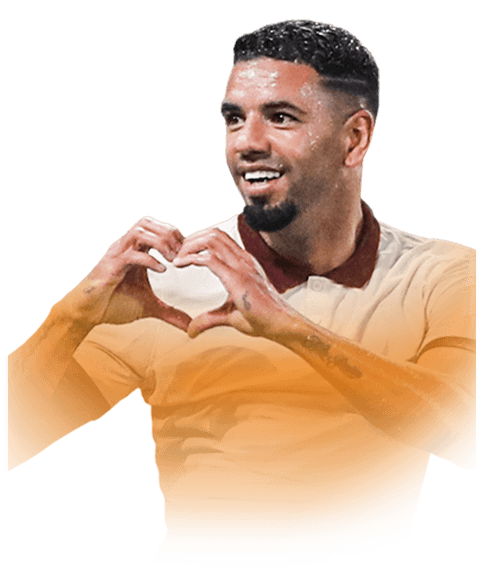 0
Red
Upcoming Matches
P. Chemistry
Squad chemistry
ST
74
RW
77
LW
77
CF
76
RF
76
LF
76
CAM
76
CM
76
RM
78
LM
78
CDM
77
CB
76
LB
80
LWB
81
RB
80
RWB
81
Reset
Basic
Sniper
Finisher
Deadeye
Marksman
Hawk
Artist
Architect
Powerhouse
Maestro
Engine
Sentinel
Guardian
Gladiator
Backbone
Anchor
Hunter
Catalyst
Shadow
Comments
Reviews
0
/600
Update my avatar Dos and don'ts
Top Rated
New
Controversial
Show comments
Top Reviews
Only logged in users can submit a review
A review must be written in English
At least 200 characters are required.
Compare this player to other similar players you have used(optional).
If you import your club to FUTBIN or send us an image with the player data(fill the form below) your review will be marked as verified.
Include what you liked about the player in the pros area and what you disliked about the player in the cons area.
Your review will be manually checked during the next 24 hours.
Chem Style Used
Formations
Position
Rate Player Base Stats (1-10)
Pace
5
Shooting
5
Passing
5
Dribbling
5
Defending
5
Physicality
5
Most Used In:
Submit Review

About The Promo Card: For a very long time, I´ve had the 77 version of Bruno Peres so making an upgrade to his 81 version was a good deal, he´s so good in game and with an Anchor or Sentinel, he´ll be your reliable RB in SerieA for a while, he reminds me of 84 Juan Jesus last year, He has a few downsides that can be countered with the right instructions, he´ll defintely get an upgrade because ACRoma is at top of their group stage and I´ll guess they´ll reach at least Semi Finals if they don´t run into any boulder, so you can imagine this guy with an 88 card, Is way cheaper to get like Cuadrado or simply do Atal´s SBC, but since his price is dropping like crazy I would get him in your SerieA team to guarantee you an 84 rated until EA releases FUTMAS or a new promo that gives a good RB for a low price.

About The In Game Usability: I wouldn´t say that Bruno Peres is a beast, there are others cheaper RB´s that are more game changing then him, the Low/High workrates for a RB kinda ruins the card because he won´t care about your defense unless you use the instruction that disallows him to make attacking runs but even like that he´s reliable defensively he can easily outrun many pacy left wingers and his stamina lasts him the whole match and extra time if necessary, he´s very good at crossing that´s why I suggest you use powerhouse on this card bacause he´ll easily cross the ball to any player you have with no effort at all.

Pace (One of main features RB´s must have)

Dribbling (The 68 reaction doesn´t ruin the dribbling, unless you´re trying to rainbow flick with him)

Stamina (90 stamina will last you a long period in game)