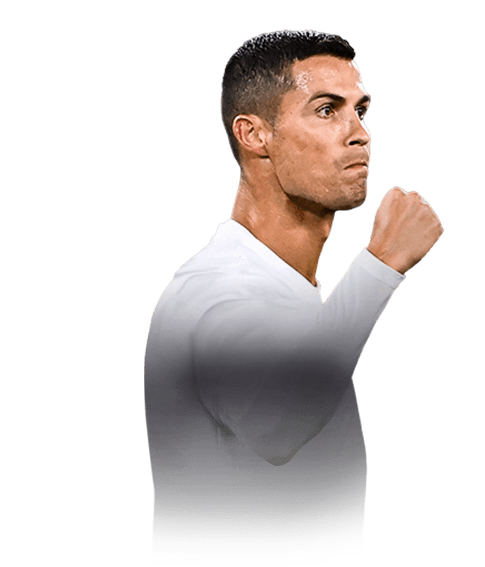 Cristiano Ronaldo's Inform card is rated 93, he is 187cm | 6'2" tall, right-footed Portugal striker (ST) that plays for Piemonte Calcio in Serie A TIM with High/Low work rates. His average user review rating is 4.8 out of 5 . He has 4-star weak foot and 5-star skill moves, giving him the ability to perform every skill move in the game. He does have a real face in-game. He has been used in 2,877,688 games with a GPG (goals per game) of 1.181. Cristiano Ronaldo has 9 special cards with ratings between 87 and 99. The best chemistry style for him is ENGINE. He was born on 05-02-1985 and he is now 37 years old.

Hello everyone and welcome to my review of IF Cristiano Ronaldo. I saved some packs for the new TOTW because I was sure there would be Ronaldo, and there was. So I opened them and I couldn’t believe it! I actually got him. My team was a bit trash but now with him is a lot better. It’s not only an absolute beast in the game, but it’s also a really fun experience if you like Ronaldo. He is absolute perfect and even tho he is tall he doesn’t feel clunky at all

5* skills and 4* wf makes him perfect

Good pacing for striker with engine

Headers are perfect and jumping is insane

Balance is a little bit low even with engine

Stamina and somehow he has 79 strength

The goals this man scores, speaks for every bit of 3 million I paid for him, one of the most deadliest cards on FIFA, he simply does not miss, paid 3.1 million and I can tell you, he will return a sick goal on every occcasion, from fut champs to rivals, no one can stop it from going into the net, not even the AI LOL.

PRICE of course lol but then again it is CR7.

I always wanted to try out Ronaldo but never had the chance. Until now. I packed him from the TOTW Upgrade and was so happy! What can i say about him? He is fast, strong, Dangerous in the air. The best striker ive ever used in the game. I link him up with Joao Felix and what a wonderful duo that is!

i was lucky enough to get him in my player pick and so far his f***ed opponents left, right and center. I'm in div 1 and a elite 3 player. scored 59 goals and assisted 22 in 29 matches on 8 chem.

I don't have an answer to you, if your thinking about doing him. this is a choice you have to make by yourself. I personally think and enjoyed mbappe more even tho I didn't score as many goals w him as I do currently w Cristiano.

obviously his meta this year, but for 3.mill I would rather try to fit Cristiano´s gold card and mbappe´s gold card in the same squad.

i don't think your gonna regret buying this card but I don think his worth 3 mill. he will probably drop down to 2. mill soon anyways.

concluson: do this card if your struggling w goals up front

feels good on the ball

Okey so cr7 what a goat. I packed him in one of those playerpicks when fut freeze started and i freaked out lol, at that time i was in div 4 and couldnt get to div 3 because my team was a bit of a starter team. cr7 helped me to div 1 now and from silver 1 / gold 3 to gold 1 / elite 3. ive played fifa since fifa 15 and never packed someone like messi or cr7. I did pack moments trezeguet last year but he was a bit shit lol. cr7 just bangs in every shot and volley from the most angle. if you have the 2.3 mil that i didnt pay lol u should try him

So to be totally honest I don't want to offend anyone because it's still Cristiano Ronaldo but he is a bit inconsistent. I mean he has a positive record for me but for card worth 2.5 Mil I don't understant why he would miss some of the chances he did. Could be down to the game but so far he wasn't worth it because I get more out of a Dembele for example

Feels heavy on the ball

Gets bullied a lot

I was blessed when I got his 93 inform as a red from my Gold 3 rewards and right then and there I knew that he was going to be striker for the rest of the game cycle. I knew he was going to be insane but oh my did he exceed every single expectation no matter how high they were. He is the most complete and overpowered player I've ever played with in the seven years that I've played this game. With an engine chem style he gets the small dribbling and pace boost all though they really aren't needed. He's finishing is also even more insane that you would think. whether it's his right foot, left foot, finesse, near-post, free-kick, header the man does not miss, ever. Also he has the best attacking runs I've ever seen and with Neymar at cam providing for him, he has got from barely finishing gold 3 to comfortably getting there with more than five games to spare consistently