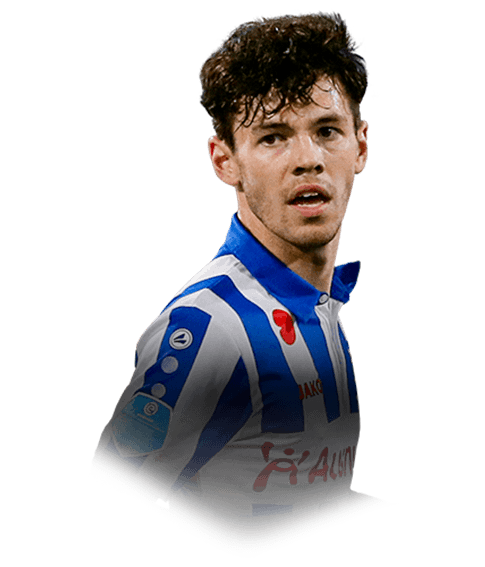 Finally after playing almost al day I finally got his amazing Eredivisie cards. The cards are really good, and the only problem should be links, but with Promes RTTF it shouldn’t be so difficult. When I saw this card I knew I had to get it. Yeah, the other cards looked good too, but this looked amazing!!. And let me tell you something, It feels amazing. He is really fast and fun to play with. It’s the perfect combo: 96 pace+ 99 agility and 92 balance + short and Lean body type = The GOAT. You have problems because everyone uses Varane? Don’t worry, he makes all defenders look like Maguire, it’s almost impossible to outpace him. I use him as a Striker with Marksman and I wasn’t so sure at first because he didn’t have the best finishing, but it wasn’t bad tho, But then I looked he had 5* WF!!. He is absolute beast, and can shoot with both feet. A con for some people is the 3* skills and yes, it’s nice to have at least 4* skills but for me that I don’t really make a lot of skills it’s not such a really bad con. Now I will give a rating from 1 to 10 of each of his stats

As I said that 96 pace plus his agility and balance and short and lean it actually feels faster than Mbappe, so I don’t think there is any

reason to upgrade his Pace, Yeah he will probably be even more letal running but Marksman makes him shoot really nice

I know, he has 81 shooting, but with marksman his shots are amazing, and his long shots are better than De Bruyne’s. And Even better, that 5* wf

Its the only con of this card, he doesn’t have the best passes, so that’s why I use him as ST, at striker his passes are decent and will not miss so many short passes, the problem is at long ones, He isn’t the best but he is free so I think I can’t complain of this beast.

He practically turns into Messi with Marksman: He dribbles really well and controls good plus he feels really agile and will be a nightmare for your opponent defenders(including Van Dijk and Varane)

Its also a problem too sometimes, he has a really poor strength but I give him a 7 because of that amazing Stamina, he will never get tired even tho he runs all the game. Anyways he doesn’t need strength because defenders can’t even touch him

He is has amazing shots with marksman( especially long shots)

He will never get tired

Passes could be better

Jesus said all men are equal, well this man makes you question you're faith.

I was not expecting to write a review for this bad boy when he came out, but my word, he is cracked. I used this guy and Gravenberch in career mode last year so instantly wanted to try them out, but was more excited for Gravenberch. he is good, but Van Bergen is the man that dared to dream. he reminds me of Lozano and Alesandrini from Fifa 18, he shouldn't be as good as he is. I wasn't too sure what his best position would be so I tried him out as right striker on a deadeye in a 41212 (2) and he is AJ Styles Phenomenal.

This is my first review ever about a player.

I didn't grinded too much to get him and it was totally worth it for me.

I've scored a lot of goals with him this weekend league and he helped me a lot on going from G3 to G2. Sometimes he feels way better than Ben Yedder standard card.

I'm gonna use the standard format from others reviewers:

Ok, lads let me tell you something: 96 pace is nuts. The same pace as Mbappé and with his 5* WF makes him lethal in a 1v1 situation a long with his 99 agility, 92 balance, 93 ball control and 94 dribling (with Marksman). He can outrun the main meta defenders and he is not more lethal because of his physicality, which we're gonna discuss below.

Yeah, I know I said he's lethal but the lack of some traits like finesse shot and/or outside foot shot makes some angles not possible to be reached depending on where you are at the field. However, as a 5* WF player he can abuse of both directions turning right or left and shooting. He have 91 finishing, 90 power shot and 98 long shots with Marksman and he can make easy goals almost from outside the box.

Not a great thing for him since he has only 84 vision 76 short passing but playing him as a ST makeup it a little.

He's agile but 3* Skills can be bad in some situations. Sometimes he doesn't feel very incisive to turn and definitely isn't a player to make big plays like Mbappé (for obvious reason) or a standard meta player with 4-4*.

For me this is the biggest problem from this card. He's fast and agile and have 5*WF which makes him nuts and lethal in a variety of situations but unfortunately when facing defenders such Varane, VVD, Sissoko, Sergio Ramos and some others he will perish in a body fighting. Do not try to make plays thinking on push away defenders because it will not work at all. If he has something around 70 strength and a little more of aggression this card would be perfect for the fact of being free. You can reach 64 strength with marksman tho.

There is not much I can say because his 98 stamina stats says by itself. You can play with him the 90 minutes and even more playing as ST.

Is he worth? If you players to link with him. For example a icon or Promes / Gravenberch / Dumfries, he is. Without 10 chem he doesn't feel a very attractive player, maybe he can be used as a sub because of his pace and 5* WF.