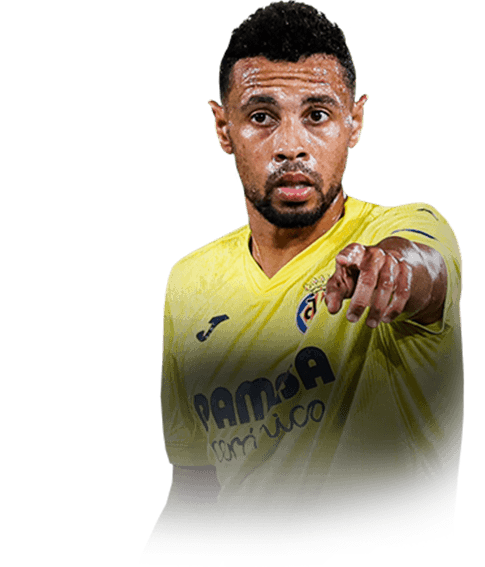 Let me start of by saying that this is my first review and my first SBC player which i have done this year. The reason is i learnt my lesson from last year - i did too many and wasted so much coins etc on players i never used. The reason why i did Coquelin is that he fitted perfectly in my team without having to move anyone. I have done over 60 80+ player picks which has been very good and i have soo many great players to use for SBC's this year for the ones i really want to use. i chose untradeble packs always

I have played Coquelin in two formations 442 and 4231, i play every week FUT Champs with my cousins and we use them two formations. Everyone has said Coquelin is very solid and good. not one of the 7/8 of us who play/ not all have there own FUT teams but are decent at fifa said they never liked him or was not a upgrade on my 81 fred, this is how we enjoy playing, having ago on each others account, only one of us is a elite player, our youngest at 17, who said he is going to do him now as he really liked his card in game. (rest of us stop at gold 3 with a few games left) i am mentioning this as this because many of us sweat get angry and play too seriously, its a video game and we should just try and enjoy it and not take it too seriously. We can get gold 1 if we play hard, but there is no need, enjoy the game, have fun. We play 7 depth, and enjoy.

Coquelin has great card in game, he is strong, very aggressive which i think important in fifa as it makes the player fight for the ball, even for the second third stupid ricochets the players get fighting and the ball is bouncing around, he will fight for it.

His passing is spot on, surprised many of us as he can ping them across and play short and through balls very well.

Coquelin positioning is very good, he stays back, does not bomb up because most have stay back while attacking on CDMS and he truly does, you can see that in game.

His strength was good, we came up against many good and OP CM cards and he held his own, only had trouble against Gullit, but who wont man.

Shooting is not something which he is good at.

Agility and balance is good, i was surprised and how responsive it was for us even with the bad servers this week like most weeks.

His work-rates for me are great as i like a medium high and a high high pairing.

If you are looking to do this card as you need a solid CM and cant or dont have time to grind for lets say Capa, honestly it is worth it as i only used Oblak, Suarez, Keylor Navas and some other 85's as my high rated cards, rest were of 84-83-82 even, the 80 plus player picks really helped me, do give it a try .

So i hope my review was not boring and maybe a little different as i did speak of other things, but Coquelin for me and my cousins who played this weekend with him, was a solid Central defensive midfielder with great tackling,passing, strength and awesome aggression.

I have linked my team and all my players are untradeable as that is how i like to play the game. Please dont hate my squad but i use them players that i have. after 7 years of ultimate team i got a very good team with good pack luck(pele), otherwise each year it was just rubbish.

Final verdict, Coquelin is a solid defensive mid with all the traits needed in a CM for fifa, agility, balance, strength, aggression and so forth, not much offering in final third apart from good passing, but he is a CDM.

Thanks for your time if you got to this far. have a great day, stay safe and good red picks and pack luck!

Positioning - always runs back into the center

Good pace- surprised not felt slow at all

Height for some - but i prefer one of my CDM/CM shorter, agile paired with a taller one.

Gamble on the +2 upgrade or plus 1

This card is absolutely phenomenal so I wonder what it'll be like if he had a 2+ boost.

For anyone interested I have done a full YT review on this card, channel is called KhalilPlays.

Anyway back to this card. Coquelin is one of the most well rounded and needed midfielders so far this year.

Being French and being in La Liga creates some really nice linkability options and means that you've got a bunch of hybrids you can make.

Now onto his stats:

Pace - 7/10 - It's not elite, its not slow but with a shadow this becomes more than usable, but I have rated based on the base stats of the card, with that shadow his pace is great and he moves around the pitch very quickly.

Shooting - 5/10 - This is not the highlight of the card so it doesn't matter to me so much that this is not so good, he can shoot if needs must but isn't made for this. Overall just meh on this stat.

Passing - 8.5/10 - His passing range and capability is great, especially given I played him at the base of the midfield he was absolutely fantastic for short link up play, long balls, through balls, little chip passes he could do it all. A really nice all around clean set of passing animations and capabilities.

Dribbling - 8/10 - This is surprisingly good. He can move very quickly with the ball and his manoeuvrability around the midfield is fantastic. Having that blend of aggressiveness and then technical capability is something that brings tears to the eyes, tears of joy.

Defending - 9/10 - Brilliant in every part of this except heading. His positioning feels sensational, he follows the plays perfectly, cuts passing lanes well and gets stuck in quickly where you need him to. All in all I loved this overall part of the card. Tackling is also really strong so there's not as much bouncing back to the opponent; he usually wins the ball and crunches the opposition too.

Physical - 9/10 - This is by far the best part of this card. His aggression is so high and its so good to be able to dominate in midfield. Even against bigger players he plays like a dominant force. his stamina is a little lower than I'd like hence he doesn't get the 10/10 on this one.

Only negative I could find is that he is slightly small and his heading is poor but you can't have it all eh?

Other than that he is great in every department you need a good CDM to be great at.

Hello guys and welcome to my first ever of a card an today im reviewingone of the newest Showdown SBC: 85 Coquelin.

man where do I start, what a card. When I review a player, I always first look at the price-quality ratio To Start we are going to take a look at the in-game stats of this monster. 82 sprint speed and acceleration, great dribble stats: all above (80) not to mention that his shooting is not terrible (70) finishing with 82 shot power, and the main passing stats at 85+ can make him the perfect box to box midffielder. I personally prefer him as an cdm because of the Medium / High workrates what is perfectly fine for an cdm. I had some concerns about his height because he is not the tallest. But to compare him with kante it is the same story with their physical presence it is really nice with 92 aggresion, 82 strenght and 85 jumping and really solid defening this is the perfect cm / cdm card next to kante or even no replace him. (Apply shadow for 92 sprint speed and accelarion) and (97 interceptions and 96 standing tackle).

Not to mention he can get an + 2 upgrade if Vila Real wins from sevilla and an + 1 in a tie.

Pace: Amazing for an cdm/cm with an shadow

shooting: its perfectly fine if u have an 50/50 chance of medium/short range he will do the job for you.

'Defending: You can trust on him the nice thing he does is instantly without even moving him he covers the center like a wall.

physical: Your looking at an 5''9 version of Bigboy Virgil.