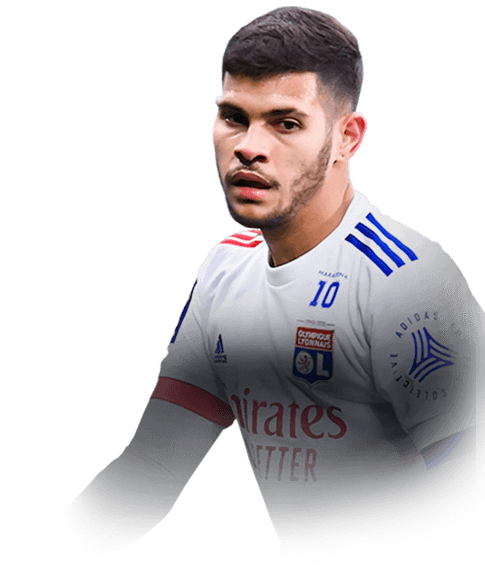 Wow this guy is amazing. i use him cb in a 4231 and nothing gets passed him. hes defending is beyond earth and his ability to muscle players off the ball is incredible. His body type comes in super handy too when following a players run and what not and it really doesn't match your expectations for a 6 foot player in a good way. Also his passing is top class and his dribbling is good for getting out tough situations.

Defending, passing and dribbling all round, stamina/strength. acceleration and pace is very usable with the body type. being m/h is good as some cbs and cdms will have h/m and it can be annoying. neymar strong link

shooting 3* 3* and thats genuinely it.

This guy might as well just be an Icon considering the amount of links this guy has and the way he can fizz the ball around the pitch is nothing short of breathtaking... This guy to some people might just be a link to neymar but he is so much more, as unreal as his face card stats are, believe it or not they are probably the most true ive seen on a card in a long time (other than shooting of course, they lied about that). This guy soldiers the midfield with high stamina, perfect work rates, solid dribbling and a nack for being in the right position at the right time literally everytime he is on the pitch. Bruno brings solidarity to any midfield and is a force to be reckoned with. But as great as he obviously is defensively, the most impressive thing about this card was his ability to fizz the ball out to a teammate no matter where they are on the pitch. whether its a 5 yard pass or a 50 yard pass it seems to always be pinpoint accurate despite what foot you use which is the biggest surprise. If any of you want to see gameplay i have a video on YT if you wanna check it out or support me, itd mean the world <3 (3) BEST VALUE CDM ON FIFA 21?!? 87 BRUNO GUIMARÃES REVIEW - YouTube . In saying all of that though, for what this card brings to the table, 225k is actually considerably cheap and if you are considering picking him up, i couldnt recommend him enough... I prefer him over rttf sissoko, yes that is corrct i did infact say he is better than RRTF SISSOKO!